From reader to author 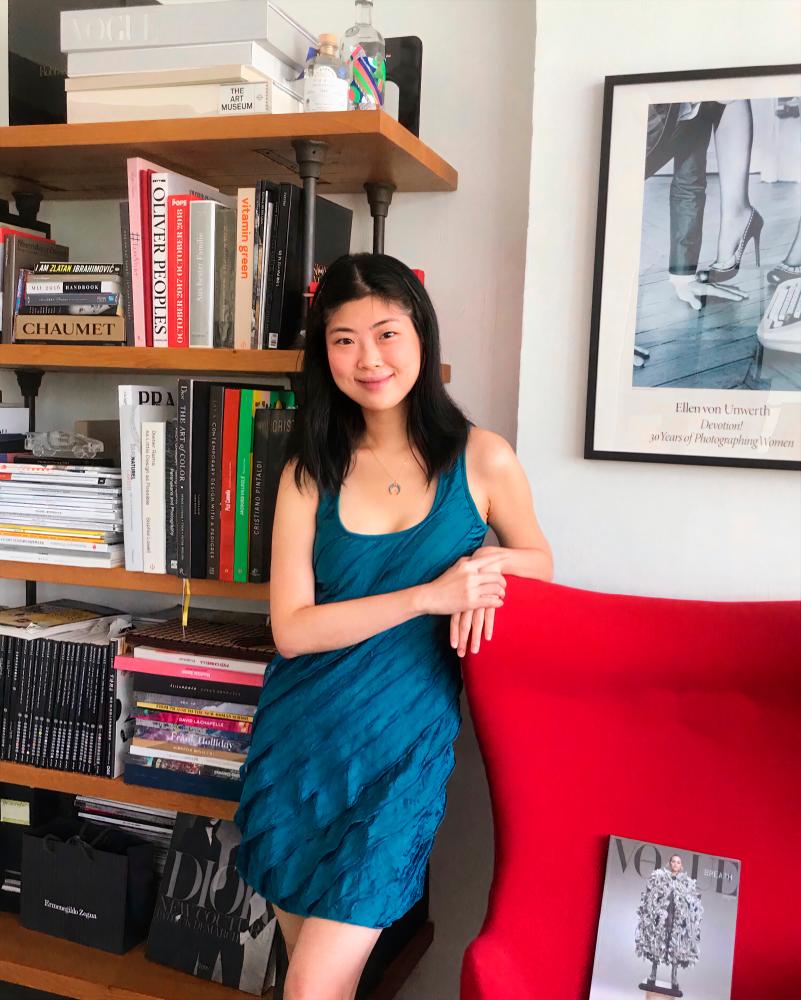 Zhao’s novel has been described as an amalgamation of Crazy Rich Asians meets The Devil Wears Prada. – COURTESY OF KYLA ZHAO

BETWEEN the ennui of her internships and studies in California during the pandemic, Kyla Zhao began seeking comfort amid the chaos.

She turned to books, but could not find any light-hearted reads. So, she started to plot her escape from reality by writing her own story.

A year later, The Fraud Squad was born.

“If I could describe the experience of writing and reading it, I’d say it’s like taking a beach vacation,” she said.

“I wrote exactly what I wanted to read while living through the pandemic.”

Slated for release in January 2023 under Berkley Books/Penguin Random House, the novel tells the story of Samantha Song and her dream of working for a high-society magazine. She enlists the help of her friends to infiltrate the Singaporean socialite scene, as she feels her own social status is a setback.

However, Samantha finds that belonging to the elite set may mean losing herself in the process.

Zhao had previously attempted to write short stories when she was younger, and almost always featured a Caucasian character.

However, it was not until much later that she came to realise how much she had been influenced by Eurocentrism through the stories she grew up reading.

Thus, writing a book set in Singapore and with local characters became not just a way to alleviate her homesickness, but also an opportunity to construct a non-West narrative.

“I’d never written short fiction before, unless you count the embarrassing Harry Potter fanfiction I wrote when I was 12,” reveals the pyschology and communications alumna from Stanford University.

“But I’ve always loved being able to distill the complexities of reality into more understandable terms. “That’s why I did so many journalism and communications internships. It’s just like storytelling, in the sense that I have to present an event in the most interesting way possible to draw the reader in, but without the pressure of having to create the event.”

“My understanding of luxury brands and events also allowed me to inject the glamour of high society into my book,” she added.

What were your thoughts when you were writing The Fraud Squad?

“When I started writing, I wasn’t consciously thinking of tackling racism head-on. Rather, it was because I felt desperately homesick in California.

“I was trying to find some comfort in books but most were centred on (Caucasian) characters, which made me feel even more isolated, especially with the rising anti-Asian attacks during the pandemic. So, I decided to write my own comfort read based on cultural settings and characters I identified with, set in a place I knew like the back of my hand.

“At the same time, because the world in 2020 was so despondent and negative, I made sure my story would be as far from that as possible. Although my book does deal with serious, emotional themes, it’s ultimately a fun, glamorous, light-hearted fiction.”

What made you decide on the theme of the novel?

“It’s just such a universal aspiration that everybody can relate to. Who hasn’t dreamed of going after a better life for themselves and their loved ones, of having the freedom to do what they want in life because they have money as a safety net, of never having to worry about material things again?

“Even though it seems as though the ‘fraud’ in The Fraud Squad refers to Samantha, I actually gave this title to my book because each of my three main characters are frauds in their own way, despite hailing from very different socio-economic backgrounds.

“I hope that this core theme appeals to people from all walks of life.”

How would you critique your book?

“Because I didn’t insert any of my personal life into my characters, the detachment allowed me to critique my own work objectively because I didn’t feel like I was critiquing myself.

“It also meant I was able to create characters who didn’t always do the right thing, and were sometimes rather messy, which I think makes them more three-dimensional and relatable.

“I think it would have been harder to come up with flawed characters if I saw them as a reflection or extension of myself.

“However, there were times when I had been working so long on my story that I couldn’t tell if my edits were making my work better or worse. Luckily, I have trusted writing friends who very generously offered their time, energy and feedback.”

Is there a distinction between reading for pleasure and doing it for work?

“One thing I’ve noticed after I started writing is that I’m unable to turn off my writer’s brain even when I’m reading for pleasure. I’ll be reading a book and automatically start thinking of how I would describe a particular scene differently or how I would swap out one word for something else.

“That said, I now have a greater appreciation for how much work goes into not just writing a book, but also its production until it ultimately ends up on bookshelves.

“I’ve become more patient with things I don’t quite like in books, recognising that it could be due to subjective taste, and not because it’s just bad.”