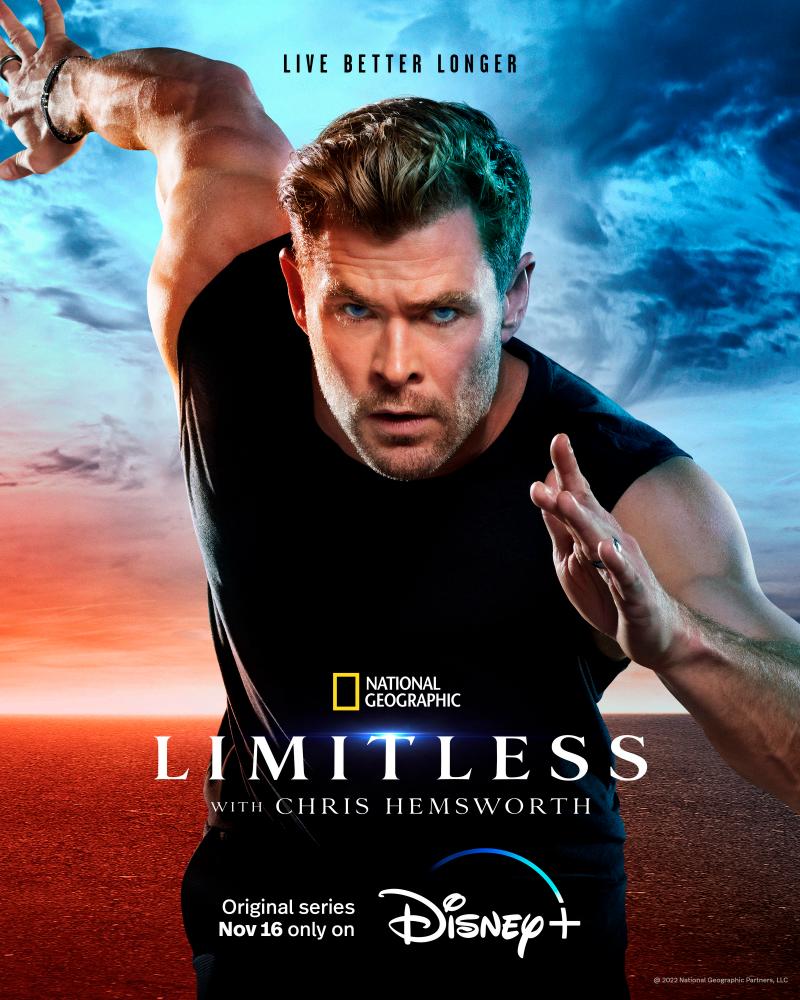 Limitless with Chris Hemsworth is directed by Darren Aronofsky. – IMDB

IN the most recent National Geographic documentary series, Limitless, Hollywood sensation Chris Hemsworth attempts to defy ageing by pushing the limits of the human body. The audience will join the actor to discover how to move over their own worries and anxieties in order to find the keys to living a longer, better life. With Hemsworth and crew, Limitless does an excellent job of holding viewers’ attention for the most of the episodes.

The series’ highlights common longevity principles such as strength, stress, shock, fasting, memory, and acceptance. As Hemsworth narrates the whole documentary and makes references to his career, fans will be able to follow his personal journey of self-discovery. His daring feats include strolling along a crane atop a 900-foot-tall skyscraper that is 80 floors high and swimming 800 feet across an Arctic fjord. Hemsworth is pushed to the edge by each task, showing us how we can all maintain good health and fight ageing. Every task required a real training and immersion programme, some of which required months of planning.

Although Hemsworth’s star power is heavily emphasised in Limitless, the series does have certain restrictions. This show probably wouldn’t have been nearly as entertaining to watch if it had been presented by someone else.

Hemsworth is just as endearing on screen as he is in real life, and this series will only increase the admiration of his fans. This series is wonderfully shot and has some reliable material as a documentary, but it is hardly an objective and impartial piece of non-fiction.

Ruth Shurman, the documentary’s showrunner, spoke with theSun through Zoom. We questioned her about his goals for the series and the message she wanted to convey to the viewers.

In order to improve physical, emotional, or mental health, she said, they wanted to look at interventions that everyone could practise that wouldn’t involve expensive medicines, surgery, or those sorts of difficult things. They really wanted to examine how we might all live better for longer. Simply altering our lifestyles and routines can prevent or delay some of the diseases and effects that come with becoming older. That was their primary objective, but at the same time, they also wanted to accomplish it in a way that was both incredibly fun and dynamic.

Shurman noted that they knew that Hemsworth had a really great interest in health and fitness. That’s how they decided that he was the right fit for this project. He has played a variety of parts throughout his profession that call for him to bulk up and trim down. They thus anticipated that he would be physically interested in that way.

At the end of the day, they really needed someone who was willing to stretch all the way out, and it was obvious that he was ready to make a genuine commitment.

Shurman added that it took a very long time to make this series, especially while attempting to pay close attention to the cinematic elements and safety concerns.

“It was a very long process, partly because of Covid but also just to make a show with someone very busy as Chris, it took a long time. We really crafted every challenge to Chris and find things to do and try and that made it lot of sense to the science.

“Some of the challenges were very exciting and difficult. You have to take all the safety aspect seriously just to ensure every goes right on the safety side and visuals by capturing everything perfectly of the moment because we are not going to able to ask Chris to go back and do it again. That was the challenge for us. Make it exciting but also making it look very cinematic and amazing.”

All six episodes of Limitless are now streaming on Disney+.