Airliftz marks his transition into pop-punk with his latest single, NOT TODAY 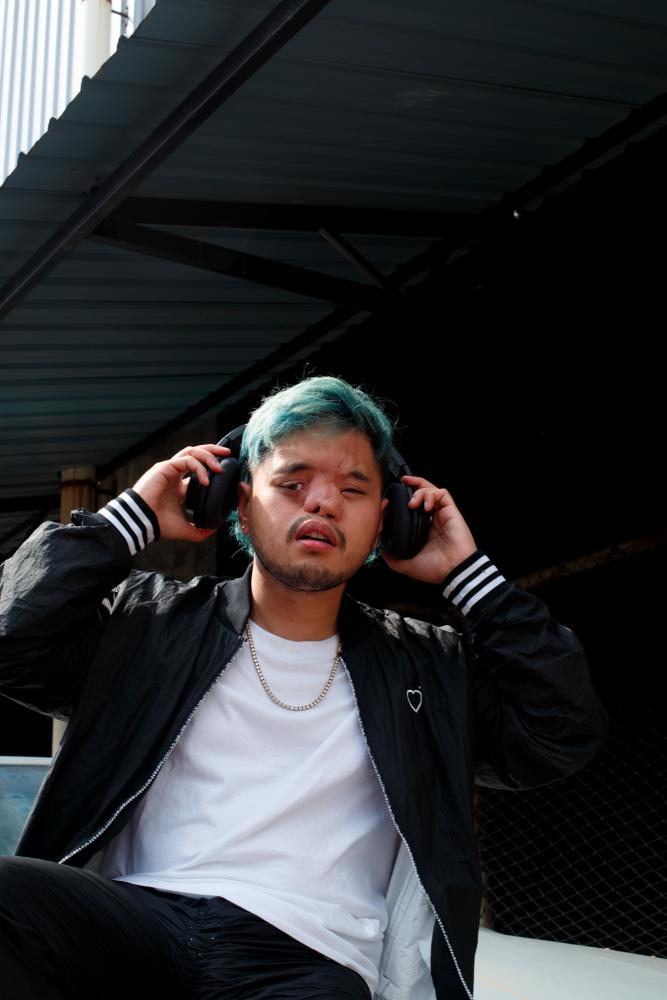 HIP HOP and R&B in Malaysia have not been the same since Airliftz joined the scene back in 2016. After blowing up on SoundCloud, the Kajang native has gone on to experience massive success as an artiste. At just 20 years old, he already has a successful EP and an Asia tour to his name.

Airliftz whose real name is Aliff Shaharom, even opened up for international artistes like Anderson .Paak and The Free Nationals. But things changed a bit following the release of his critically acclaimed 2017 EP, Bagel. For one, Airliftz recently embraced the sounds of pop-punk.

As part of his initiative for Capital A’s #TimeToListen campaign, Airliftz released his track NOT TODAY to celebrate various forms of diversity. The latest release is a far cry from his classic rap and R&B sound. While the track very much reflects his essence as a songwriter, the melody marks a shift in his sound as an artiste.

In an exclusive interview with theSun, he opens up about the inspiration behind the shift, and the process of bringing the tune to life.

What inspired your recent transition into pop-punk?

“Well, I have been listening to a lot of pop-punk stuff. I think it was one of Yungblud’s songs that were the inspiration for me. Since I like to create different genres of songs, I thought maybe I should write something like this because it is something different.

“I just want to experiment with different things because people, usually know me as a hip hop, R&B rapper and producer. But not this time – I will give you guys something different.

“Aside from that, I also just miss having like, band music. You know, backing tracks, and I just want to be able to have that. And I have spent a lot of time in Penang with my boys who have bands, and it makes me miss that even more.

“Because before I wanted to do hip hop and R&B, I always wanted to have my own band back in school. So, finally, I could do a song that sounds like a whole band.”

What is NOT TODAY all about?

“The song is about perseverance and overcoming adversity. I was inspired to write the song after Air Asia reached out to me to be a part of their diversity campaign. I remember I went back home and met up with my producer friend from Singapore. His name is Fox.

“We did the song through Zoom, and this song is just really about trying to be out there and pushing yourself to be better and be good. Because these past few years, my mental health has been declining badly. And to the point where I feel like I could not do anything.

“So, when Air Asia reached out to me with this whole campaign, it just kind of sparked up this whole thing again. And I was going to make use of this to make sure that whatever I have been feeling is out there. So, yeah, that is what this song is all about, and I just hope that people can resonate with it.”

Do you think it best reflects where you are now in your life?

“I would say this is just the introduction. It is a great introduction for people to get to know me. But I have a lot more to tell and share.

“But I would say NOT TODAY gave me the opportunity to just express how I feel, and with me choosing this sound – even the sound itself expressed a lot of emotion like anger, chaos, and the music video also. So that is what I am trying to let people understand whatever I am feeling.”

How was the whole experience like shooting the music video?

“The music video was crazy hot. I was in a Tyvek jacket and I was sweating myself off throughout the whole shoot from 8am to 12am. But it was fun because I got to see my boy from Penang who is from a band called SICK, and my boys who I grew up with in Kajang.

“I needed them to be in the shot because they are the reason all this happen. And Denhouse productions shot the whole thing. They were the production house that made the whole thing happen. We shot it somewhere at this random Chow Kit building.

“And it was nice. It was on a rooftop and it had a nice view. You can see the whole KL from up there.

“Overall, it was a fun shooting experience because I finally got to see some familiar faces after being stuck at home for so long.”

As the advocate for Capital A’s diversity campaign, what is something you would like to see more in the local music scene?

“I like to see people support each other. I think that has always been my number one goal, like, building a community that can respect each other. Instead of throwing shade or being around so-called jerks. I want people to respect and enjoy each other’s crafts.

“And if they think that the other person’s craft is swag, might as well call it out instead of throwing shade. And help each other grow instead of hating someone.

“So, what I hope for the music scene in Malaysia is to grow a community that can support each other. I know it sounds easy to say, but I just hope we can get there.”