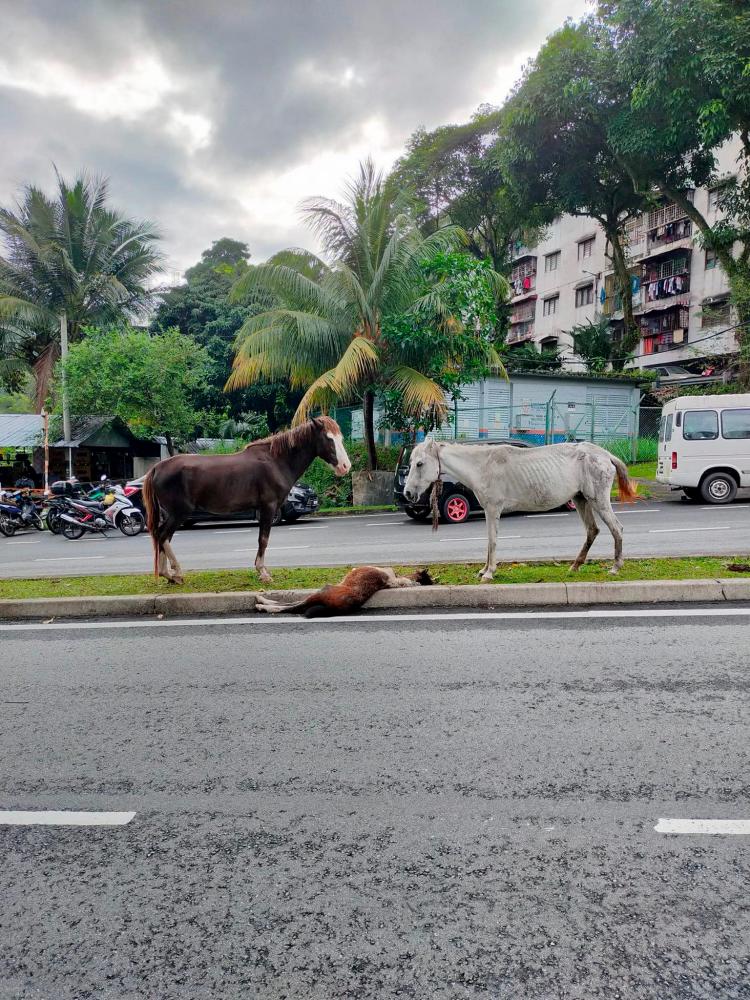 NOT EVERYONE is meant to own a pet. They are a major responsibility and as a pet owner, it is our duty to see that our furry companions are well fed and healthy since they are animals, and they have different needs and we need to respect that at the end of the day.

In the post, it can be seen that the horses were kept in atrocious conditions, looking malnourished with one unfortunate horse lying on the ground.

“The three horses are believed to have an owner but no one has claimed ownership of them so far,” the animal rights group said in their post.

They added that residents in the area have been called on to help track down the owner in order to hold them accountable for treating the horses in such a horrendous manner.

“Residents around the housing area are asked to assist the Animal Welfare Board of the Veterinary Services Department and the Ampang Jaya Municipal Council to officially track down the owner for law enforcement purposes for leaving the horses in a state of abandonment and without welfare,” they added.

Netizens have confirmed that the malnourished creatures have been taken under the Royal Malaysia Police (PDRM) Equestrian Police Unit for further care and treatment.

Other netizens have mentioned that the owner has indeed neglected the horses’ dietary needs for years.

“The horses have been like this for a long time at Bukit Ampang. For many years already they have been eating rubbish but I have only seen one so far. Now I see three of them. This is a horrible owner,” a netizen said.

“That same owner apparently has sheep and skinny cows as well. They let them wander not caring about the time. Somebody has to head to their place for inspection and take all the poor animals away,” a netizen added.