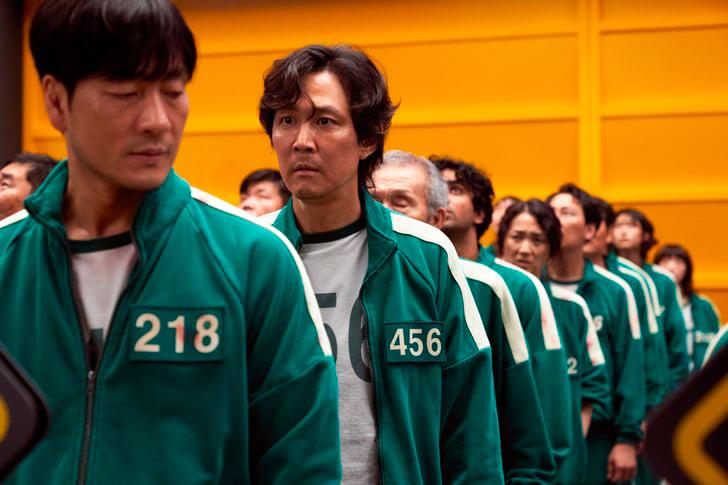 The hype around South Korea’s survival drama Squid Game has penetrated the China market although the popular show isn’t available for viewing in the country.

A variety of bootleg Squid Game merchandise was already pumped out in China way before Netflix dropped its official merchandise of the show. After all, the local merchants want to cash in on the trend while it lasts and Halloween is coming soon at the end of month.

In a report by Vice, Anny Zhang, a salesperson at a costume shop said one of their best-selling items is the tracksuit with the number 456 worn by the protagonist of the show Seong Gi-hun (played by Lee Jung Jae).

Zhang also said the red jumpsuits with masks printed with basic shapes worn by the workers in the game were also popular among her customers.

“The square and triangle masks are more popular than the circle one. It might be because the circles are in charge of dismembering dead bodies, so they aren’t so popular,” she said.

In the show, the manager roles are assumed by workers wearing masks with a square. Workers with a triangle on their masks are the soldiers armed with weapons while the ones with circles are the grunt workers. The ‘Circles’ are considered the lowest ranked out of the three roles.

Despite not being able to watch the show in China, it hasn’t stopped Chinese viewers from binging the series and engaging in discussions online.

On Weibo, posts with the Squid Game hashtag have garnered a total of close to 2 billion views. Chinese netizens talked about making their own dalgona candy, shared their fan art of the characters, and even held discussions about the success of the show.

The popularity of the dalgona candy in the show also spurred locals to be entrepreneurial. 24-year-old Xu Lu in Zhejiang Province opened a dalgona candy stall near a local college in the beginning of October. The candies were sold for 6 yuan each and were popular with the younger crowd.

All that has happened since Squid Game was released truly showed the influence and power of pop culture on society.

Over in Malaysia, some fans of Squid Game have tried re-enacting the ‘recruitment’ process in the show by playing ddakji. It even triggered a conversation about the childhood games everyone used to play and reminiscing the good, carefree times. 3.Taiwan residents largely calm in the face of Chinese anger