Car drives through barrier, lands into hole in Setiawangsa 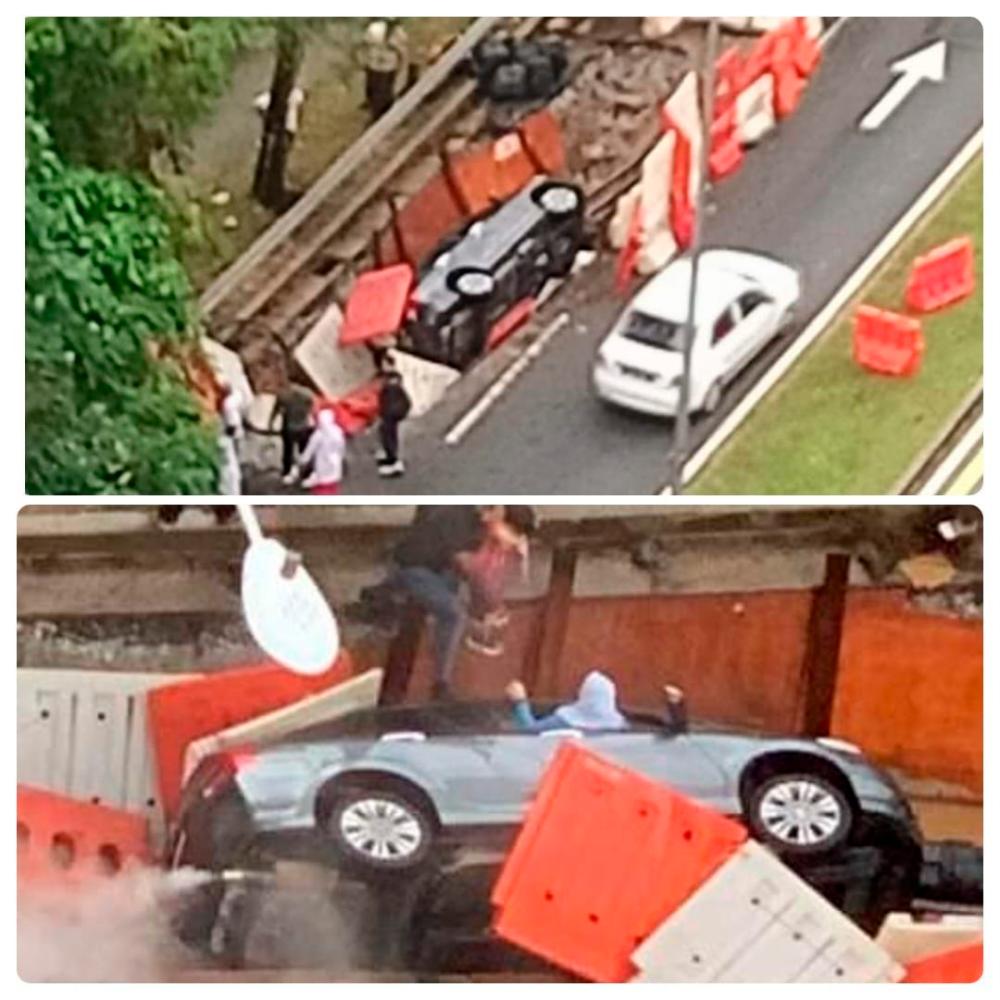 A CAR drove through water barriers and landed in a dug-up road in an accident along Jalan AU3 Setiawangsa, in Kuala Lumpur yesterday.

Photos of the incident that went viral on social media show the car lying on its side in the hole.

Wangsa Maju police chief Supt Ashari Abu Samah reportedly said the 7.30am accident led to the car landing on its side in an area dug up for underground cable repair works.

He said the accident involved a 32-year-old woman and her passenger escaped unhurt.