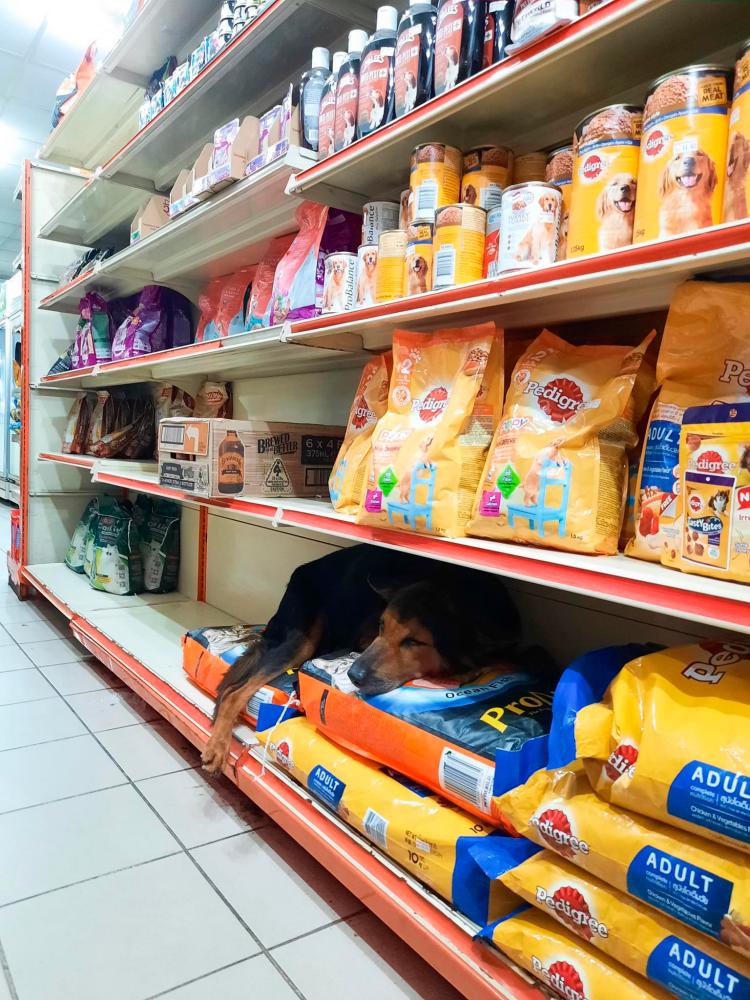 The picture posted by a netizen showing the dog resting at the pet food section. – Twitter/@nabilfikran10

According to the post, apparently it was raining heavily and the dog got scared by the thunder so it came running to the store to hide. He also mentioned that this isn't the first time the dog has entered the store.

The post warmed netizens’ hearts and they praised the employees for allowing the stray dog to seek shelter in the store.

One user mentioned: “I pray for those took care of this dog to enter heaven.”

While some netizens are grateful for their act, some expressed their disapproval for allowing street dogs to enter the store due to cleanliness and religious beliefs.

“I can accept if it’s an animal store but if it’s a normal store, I really can’t accept it,” one user said.

What do you think of this?