Doctor gets beaten up in clinic after infidelity allegation 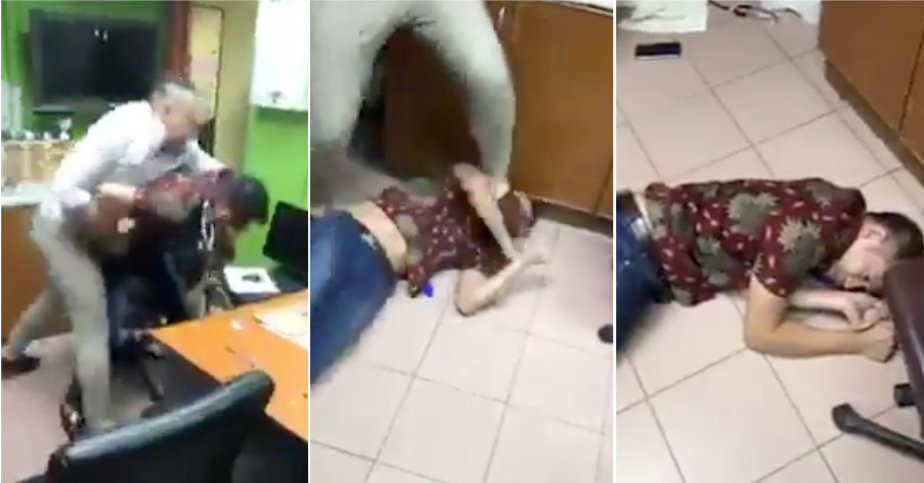 IF YOU’VE have a boring start of the day, perhaps this piece of gossip will add some excitement!

Apparently, Aiman got enraged because his wife, who works as a nurse, allegedly committed adultery with the doctor.

Aiman, who worked in Dubai for over a year, returned to Malaysia and decided to track his wife’s movements.

Based on several CCTV recordings, he accused his wife for going out with the doctor. That was enough to cause him to beat up the doctor in the clinic.

As the video continued rolling, it could be seen that Aiman hit and kicked the defenseless doctor to the ground.

The kicking only stopped when a woman stepped in to block Aiman and he was subsequently pulled away.

The doctor who was still on the floor then expressed his confusion as to what had happened. After a conversation with the person who was recording the whole drama, the doctor insisted that the issue with Aiman and Aiman’s wife has been settled before this.

According to mstar, Aiman’s wife’s sister alleged that Aiman has been accusing his wife for infidelity for almost two years ever since they lived together.

She added that both sides of the family had discussed about the issue and advised the doctor not to be friends with Aiman’s wife anymore before Aiman flew back home from Dubai.

Aiman’s wife and the doctor stopped meeting up and she continued to focus on her job. However, her husband still went and assaulted the doctor without explanation.

The doctor has since lodged a police report on Friday and the case is now being investigated under Section 323 and 506 of the Penal Code for voluntary causing hurt and criminal intimidation.