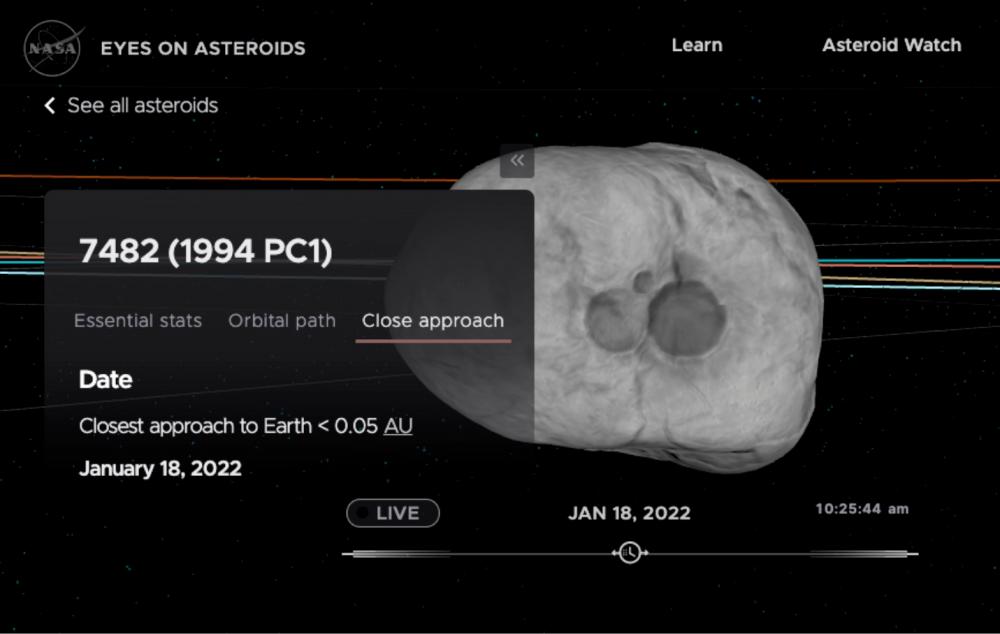 A one-kilometer-long giant asteroid, which is around two times the height of the Petronas Twin Towers, is forecasted to fly past Earth on Jan 18 at 4.51pm EST (Jan 19 at 5.51am Malaysian time).

Asteroid (7482) 1994 PC1, which was discovered by Robert McNaught in 1994, is classified as a Potentially Hazardous Asteroid by NASA due to its size and relatively close known flybys to Earth.

Flying at a speed of 70,400 kilometres per hour, an asteroid of this size strikes Earth approximately every 600,000 years. However, we have nothing to fear because the asteroid will be 1.9 million kilometers away from Earth, which is more than five times the distance between the Earth and the moon.

Michel de Nostradame, the famous mystic from 450 years ago, was known for allegedly predicting the rise of Hitler and the September 11 terrorist attacks hundreds of years after his birth in a book entitled Les Prophéties.

One of Nostradamus’ first predictions he made for 2022 apparently suggests that an asteroid could smash into the earth. However, many of his predictions ended up being false, but we can never be too sure.

Besides that, Nostradamus also predicted that the rising prices of goods will lead to starvation and hunger across the globe, which is starting to ring true for Malaysians ever since the vegetable price hike in November, and the chicken and egg price hike set to start in February.