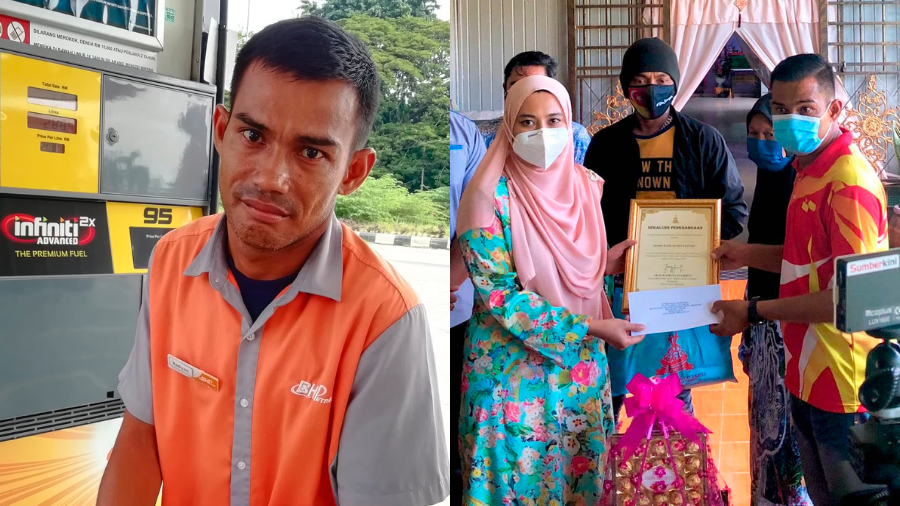 Malaysians got a rude shock when they came across a photo showing former Paralympics national sprinter Raduan Emeari working as a petrol pump assistant at a petrol station in Kuala Selangor.

Raduan Emeari last competed at the 2008 Paralympic Games in Beijing.

The photo first surfaced on November 2019 but was reposted by a Twitter user on September 6, 2021. The photo resurfacing during the height of Tokyo 2020 Paralympics shone a light on the lack of incentives and jobs for national athletes after retirement from the Paralympic Council.

According to Selangorkini, it’s reported that Emeari is now ready to accept a job offer from the National Sports Council (NSC). He was offered to work as an assistant trainer and he hopes that he’ll be able to help the national team.

“I refused before because I had family problems but now I’m ready to help the country’s battle,“ Emeari said.

“I’ll use the knowledge and experience that I have to help other athletes with disabilities to succeed and progress to new heights.”

Previously, the father of one refused a job offer from NSC due to family problems. He wanted to focus on his wife and child.

He began work at the petrol station after being dropped from the NSC’s Podium Programme in 2017. While he wasn’t actively training and competing, he has helped the NSC to scout new sporting talents in Selangor for RM350 monthly since 2020.

Based on a report by Bernama, the athlete who was born with cerebral palsy won a total of five ASEAN Para gold medals from 2005 to 2017.