(Graphic) Boy gets stabbed in the neck by swordfish 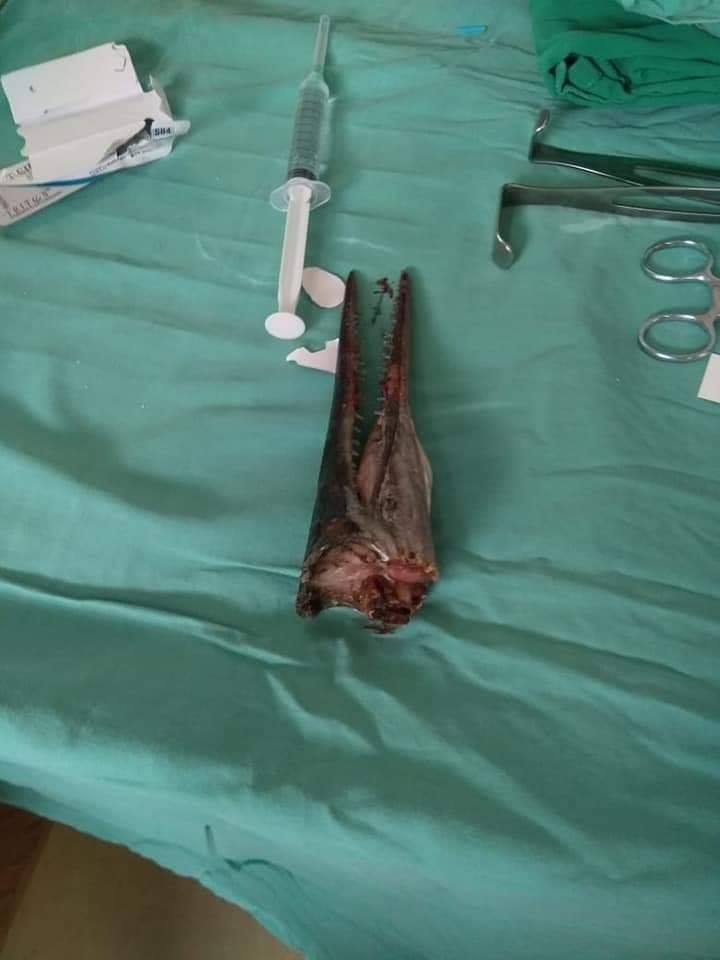 PETALING JAYA: According to Facebook page, Kaki Pancing Malaysia, a boy was stabbed in the neck by the nose of what seems to be a swordfish. From the photos that were shared, the nose of the fish went through the left side of the boy’s neck and punctured all the way through to the right side of his neck.

Fortunately, the boy successfully underwent surgery to remove the fish from his neck. According to Dr Shafri K Arif who provided the treatment, the boy was lucky that the fish wasn’t removed from his neck before the surgery.

“If it (the fish’s head) was removed, blood would flow out non-stop. That’s why in such cases it’s better to leave the sharp object where it is. We can remove it safely in the operating theatre,” said the doctor.

The incident happened over the waters of Buton a few weeks ago, when the fish jumped out of the water into the direction of the boat where the boy was in.

5.In interests of all M’sians to ensure Najib doesn’t return as PM: LKS