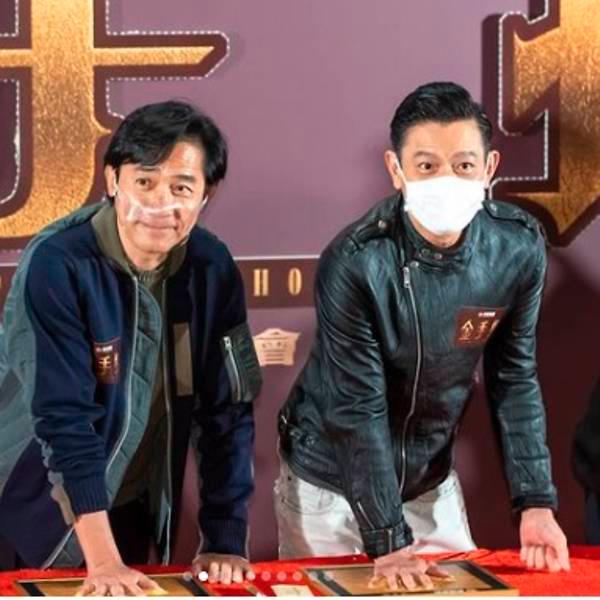 Two of the Five Tiger Generals of TVB will reunite again on the big screen for the first time in almost two decades.

Andy Lau, 59, and Tony Leung Chiu Wai, 58, last acted side by side in the Infernal Affairs crime trilogy to great critical acclaim.

Fans will be delighted to know that both Hong Kong superstars will be filming a new movie titled Gold Finger.

“I feel very excited and happy, as we have worked together from television to movies,“ Tony Leung said. “Actors develop rapport after many collaborations and I believe it will be the same this time.”

Lau echoed his colleague’s sentiment, “After reading the script, I feel Tony Leung is the obvious choice to act opposite me.”

However, the cast have kept the story line and plot of the film a secret. The only clue given by director Felix Chong is that it’ll be an anti-corruption story set in the 1970s and 1980s. This time, Lau and Cheung will reverse their hero-and-villain roles from Infernal Affairs.

Leung will soon be appearing in the Marvel movie Shang-Chi and the Legend of the Ten Rings while Lau is in movies such as Shock Wave 2 (2020) and Endgame (2021).

5.Construction work on Gurney Wharf project to start end of 2021