Is it that hard to keep streets clean? Woman praised for returning trash to litterbug in BMW 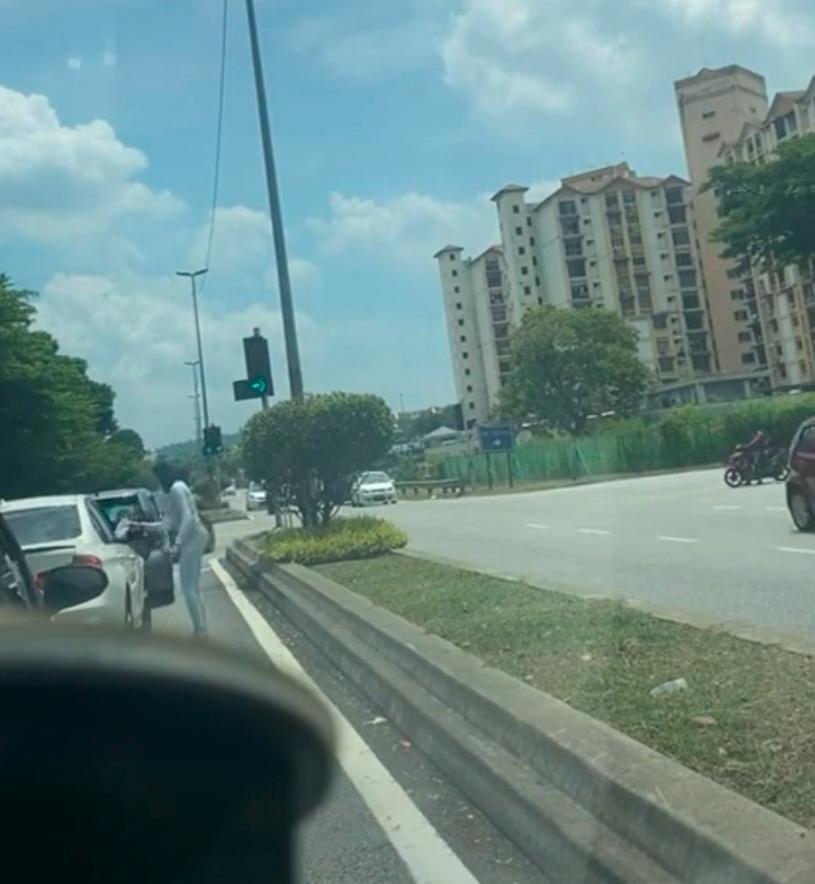 It looks like another litterbug in Malaysia was caught in the act again. Is it so hard to ask for clean streets?

Fitness manager Eliza was stuck in a traffic light queue at a busy road in Puchong when she witnessed a BMW driver throwing rubbish onto the road divider.

At first she did nothing and just watched in disbelief. “I wanted to turn off the Waze app on my phone as I was nearing my housing area. At that time the traffic light was red and I saw him throwing the first piece of rubbish onto the divider,” she told World of Buzz.

When the same driver littered again, she had to take matters into her own hands.

In the viral Tiktok video, Eliza could be seen slowly making her way to the BMW and she returned the rubbish to the irresponsible driver. The driver took back his trash quietly and sped off. All this happened just when the lights turned green.

She was truly the heroine of the day. She also managed to drive off safely without causing another queue. No one honked or scolded her for leaving her car on the road. “Many people just laughed and showed me a thumbs up,” she said.

In the aftermath, she explained that she recorded the whole encounter for her own safety and as evidence in case something untoward happened to her.

Malaysian netizens who saw the video praised Eliza for her courage.

“We need this kind of woman nowadays! Hebat kak,” someone commented.

“Good job. Expensive cars do not mean you have a classy mindset,” the next person wrote.

“Respect!!! I always wanted to do this because it triggers me whenever people throw rubbish from the car,” another Tiktok user commented.

“Good job. May I have the same courage to do that,” someone else wrote.

Another Tiktok user wrote this instead, “This clip should be part of Public Ad against motorist litterbugs.”

Previously, a Malaysian man returned another motorist’s trash on a busy highway too.

Unknown to many, litterers who are found guilty may be fined a maximum of RM500 for the first offence, and RM1,000 if caught under Section 47 of the Street Drainage and Building Act 1974.