Kumail Nanjiani got too buff for Eternals 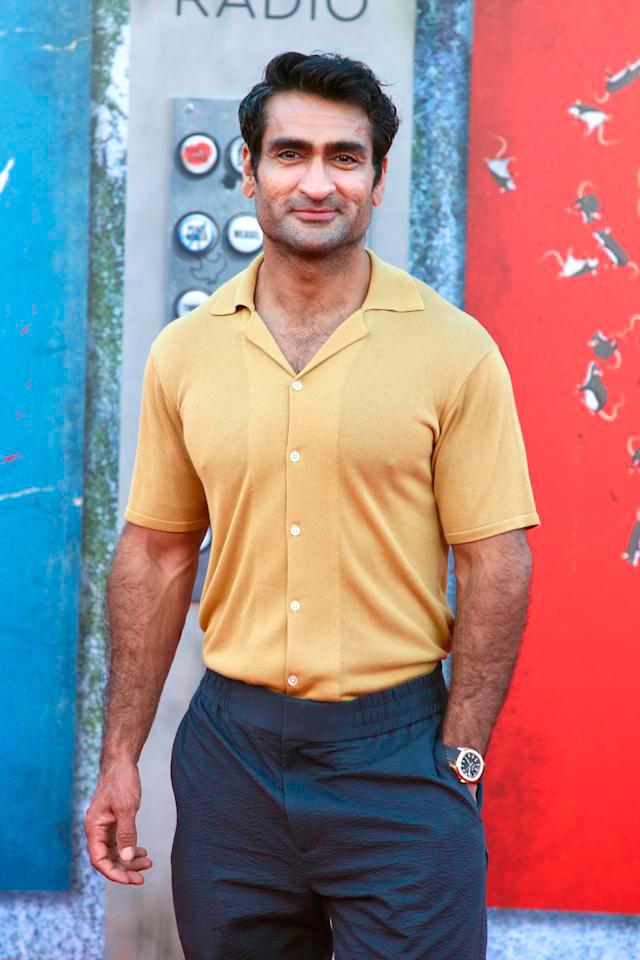 Kumail Nanjiani made headlines when he posted pictures of his perfectly sculpted body in preparation to start in Marvel’s Eternals. His insane body transformation broke the internet for some time and he even got offered a gig as a stripper.

While the studio must be excited to have such a dedicated actor working with them, they had to remind Nanjiani to take it slow. Apparently, Eternals producer Nate Moore revealed that the actor got “too big” for the film, and had to tell Nanjiani to stop getting too jacked.

“I will say this because this is the truth; we were like, ‘Hey Kumail, don’t worry about it. You don’t have to get in a ton, like, this isn’t the movie where we have to work out a ton,’” Moore told ScreenRant during a visit to the Eternals set in 2020.

“But he wanted to do it and it got to some point [where] I had to call him. I said, ‘Kumail, I think you got too big,’ because we saw him, I think on Kimmel or something. He’s a movie star. He’s not a bodybuilder and we had to pull Kumail back ... He was so excited to be in the movie, he was just invested. But yeah, he got big. I’ve been in the gym with him, it is very intimidating,” he continued.

Nanjiani will be playing the character Kingo, a near immortal superhero, in Eternals. Previously, Nanjiani shared why he decided to get himself into tiptop shape in an interview with GQ. “If I’m playing the first South Asian superhero, I want to look like someone who can take on Thor or Captain America, or any of those people,” he said.

Dwayne Johnson, who also saw the pictures of Nanjiani’s transformation the same time as the rest of the world, praised the hard work put in. “Extremely hard work. Dense muscle is hard to achieve,” Johnson commented in Instagram.