Locals mystified by sudden appearance of red fireball in the sky 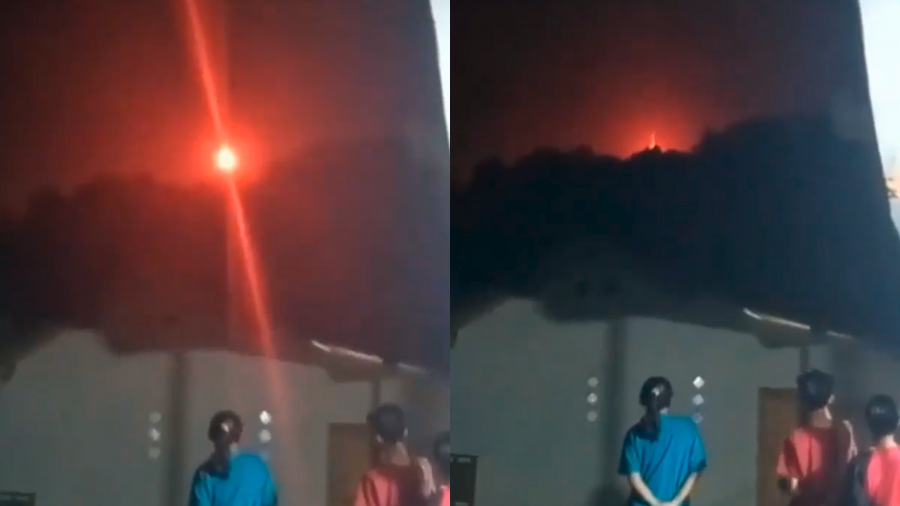 Recently, an Instagram video uploaded by @infojawabarat on Tuesday, September 14, which showed a ball of fire falling from the sky went viral.

The video is believed to be taken in West Java because the people in the video is said to be speaking in Bahasa Sunda.

In the video, the red ball of fire fell slowly towards a mountain peak in the distance.

“Allahuakbar, Allahuakbar, what is that,” a woman is heard saying in the video. She then asked if it was a meteor. Another woman in blue shirt could be seen running away after seeing the fire ball complete its descent.

According to Suara Jabar, some netizens think the fireball is a jin known as Banaspati. In Indonesian lore, Banaspati is a jin with red skin and sharp horns, and they appear as a floating fire. It can also appear with a fiery skull.

Other netizens who don’t believe in the supernatural think the fireball resembles a flare discharged from a flare gun. A flare gun is commonly used to produce a distress signal.

Despite not knowing what it was, the sudden event definitely entertained the locals for awhile.

3.Businessmen with palace as address plead not guilty to giving false information