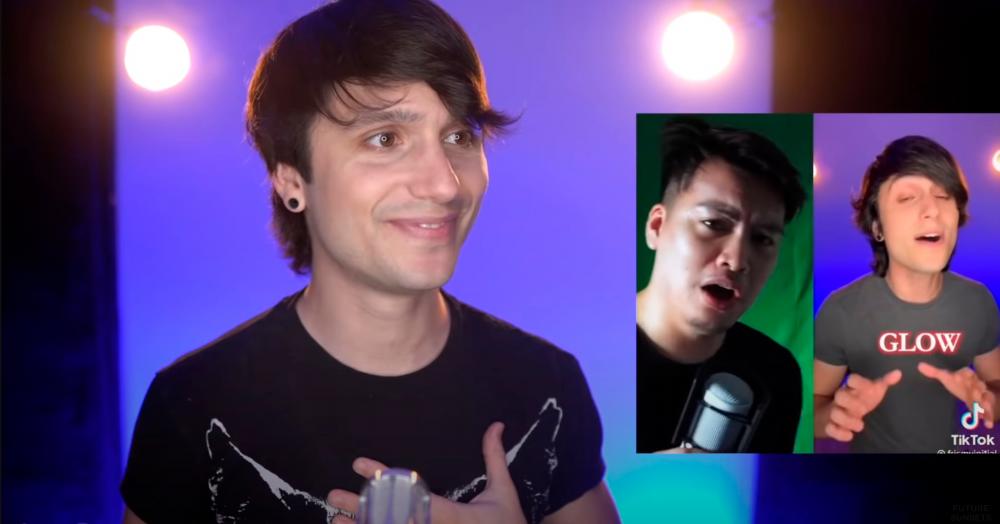 Youtuber David Michael Frank was impressed by Fanzi Ruji’s vocal performance in the #HeartAttackChallenge, as seen in this screengrab from his video announcing him as the winner.

IF you’ve been on TikTok over the past few weeks you may have noticed people trying out for the #HeartAttackChallenge, in which they record themselves singing a snippet of the Demi Lovato song Heart Attack.

The challenge was part of a singing contest by YouTube singer David Michael Frank, who posts his own musical covers under his channel Future Sunsets Official.

Frank received over 4,000 entries from singers all over the world, and recently shared a video announcing the winner of the challenge, who turned out to be a Malaysian singer named Fanzi Ruji.

In his video, Frank said Fanzi’s video “blew up” on TikTok, racking over three million views on the platform. “Everyone was tagging me,” he said, and praised Fanzi’s powerful vocals during his performance.

Sabah resident Fanzi reportedly took part in the challenge not knowing that it was actually a singing contest, and was extremely surprised and honoured to be named the winner.

He replied Frank’s video saying: “This is so cool! This made my day! I can’t believe you actually picked me out of everyone. Thank you! Looking forward to collaborate (sic).”

You can watch Fanzi’s winning performance in Frank’s video below, beginning from the 9:19 mark. You can also check out Fanzi’s amazing TikTok Videos: HERE!

2.Penang Fort Cornwallis’ moat to be fully restored by end of 2024

5.216 Johor teachers agree to be vaccinated after meeting with Tunku Ismail