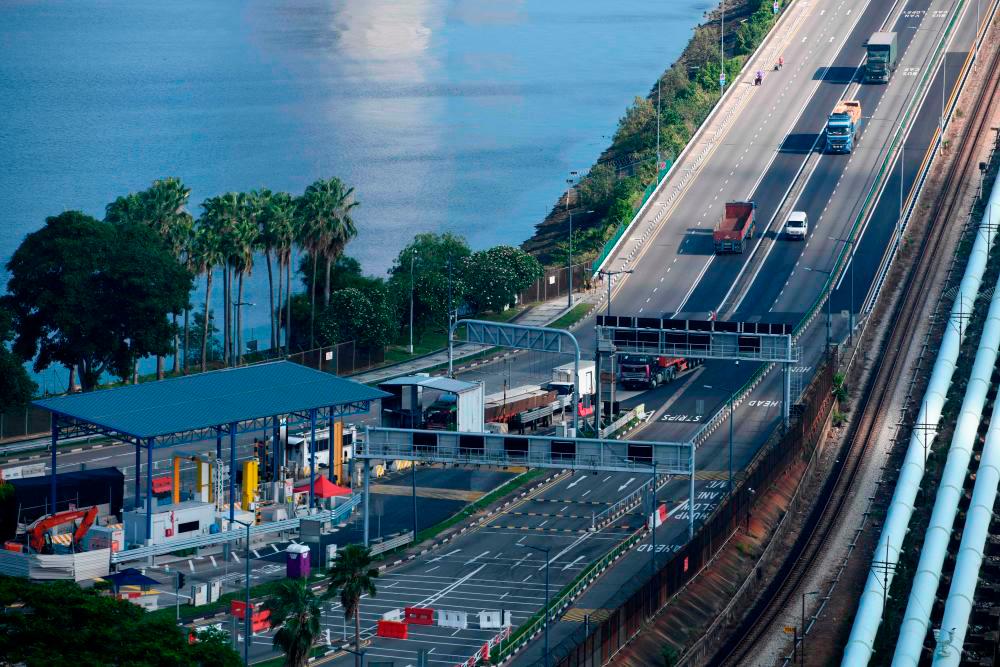 TWO LOCAL men were sentenced to prison for a year after coming clean in helping a couple linked to a luxury goods scam case worth SGD 32 million (RM 103 million) flee Singapore.

It was found that Mohamad Fazli’s acquaintance, only known as ‘Anson’, contacted him for help in July to look for a driver who can smuggle two fugitives out of Singapore to Johor via the Tuas Checkpoint on July 4.

Fazli was then promised a sum of RM 16,000, so he called up Mohamed Alias, who regularly makes deliveries from Malaysia to Singapore as a lorry driver.

On July 4, Alias drove a lorry with a Malaysian registration number headed to Ang Mo Kio at a storage location for delivery. Once he shared his location with Mohamad Fazli, he was instructed to wait there to pick up the two fugitives. Upon arrival at Tuas Checkpoint, the couple was told to hide in the vehicle’s container department by Mohamed Alias.

Entering Johor, Alias called Mohamad Fazli for further instructions and then dropped Pi and Pansuk off at an overpass to be picked up again. Fazli received his dues of RM16,000 and gave RM 11,000 to Alias, but little did they know that police were tailing them, and the Alias was arrested on July 14, while Fazli was apprehended 15 days later.

At their trial, the duo were not represented legally but stated they had family dependent on their incomes and hoped to reduce their sentences.

Following the case, Pi and Pansuk were accused of failure to deliver luxury goods worth SGD 32 million (RM 103 million) between January and June to Tradenation and Tradeluxury customers.

The couple has tricked victims into buying branded watches and handbags without intention of delivering the goods. On June 27, Pi was arrested first by Singapore police, while Pansuk, his wife, had assisted authorities with investigations and gave up her passport.

Later on July 4, the couple could not be reached and fled Singapore, which prompted arrest warrants and Interpol red notices.