Malaysian hikers followed by protective furry companion on their journey 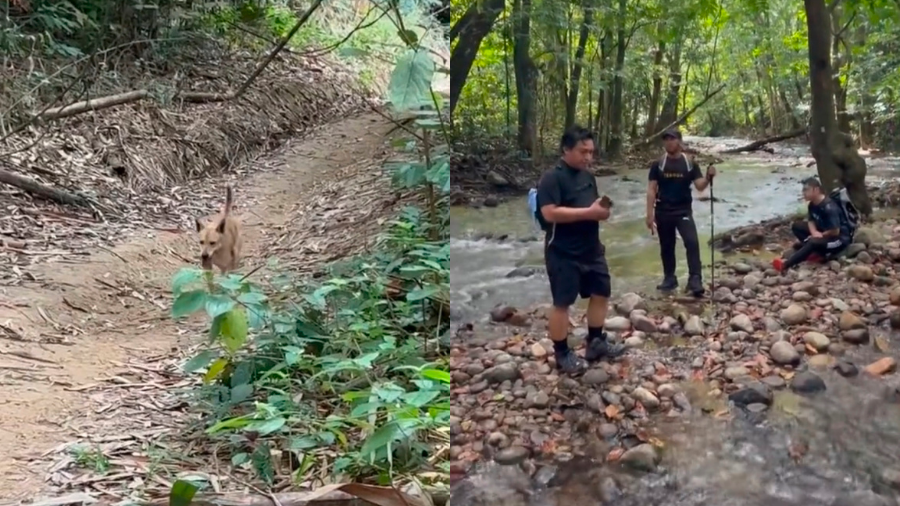 A group of Malaysians had an extra companion on their hike to their pleasant surprise. On October 12 (Tuesday), @khairulaming posted a cute story about their unexpected guest on Tiktok.

During their hike, they encountered a stray dog and decided to feed the animal some biscuits before continuing their journey. They didn’t expect the furry friend to follow them throughout the hike and named the dog Pali.

Wherever they went, Pali followed them and kept them safe. Pali would go ahead of the group to scout for any dangers such as other wild animals. Once Pali was satisfied with inspections, it would return to the group.

When the group stopped to rest, Pali would sit by their side to rest too. Khairul said that they felt bad sometimes when they stopped to take a breather. This is because Pali could have been way ahead of them and had to turn back just to make sure they were not left behind.

Throughout the long hike, the hikers made sure Pali was well-fed. Pali was given some snacks such as sandwiches when the whole group reached a stream.

The group also enjoyed swimming in the stream while Pali kept a close watch on them from the banks. When it was time to head home, Pali walked them to their cars.

Khairul shared that they had fun while having a mini photoshoot with Pali and thanked the dog for keeping them safe throughout their adventure.