Malaysian woman recounts horror of waking up with a drooping mouth 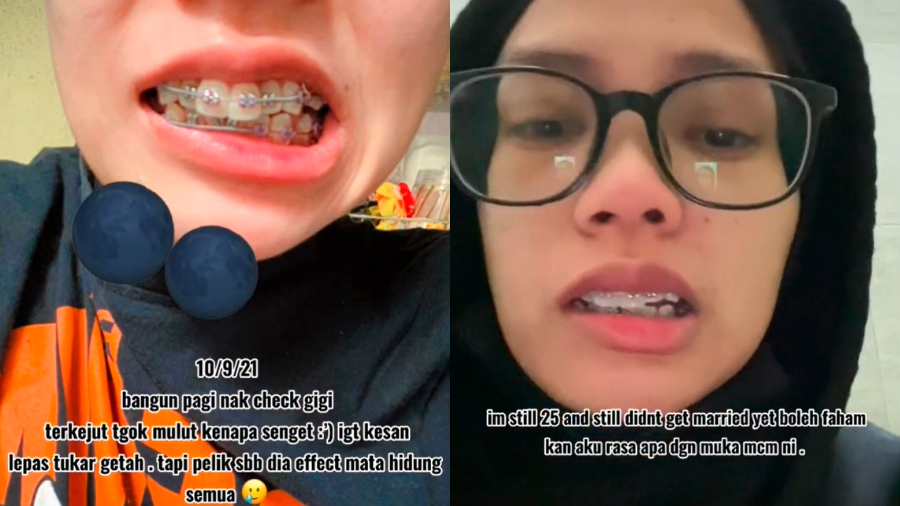 A Malaysian woman woke up to a nightmare when she discovered that half her face was paralysed. According to mStar, Alyn said she routinely checks her teeth in the mirror every morning because she has braces fitted.

On September 10, she woke up and felt puzzled to feel her mouth drooping on one side. After checking her mouth in the mirror for some time, she realized that her eyes and nose were frozen numb and still.

She felt scared and asked a friend to accompany her to the clinic nearby. The doctor suspected that she’s suffering from Bell’s Palsy and immediately wrote a hospital referral letter for her.

Alyn said she almost broke into tears when the doctor diagnosed her with Bell’s Palsy.

People afflicted with Bell’s Palsy experience a sudden facial weakness or paralysis which can cause the mouth to droop on one end.

At the hospital, she underwent a urine and swab test. She was also given various medications and said she’s struggling to swallow 17 pills every day.

A week after the official diagnosis, Alyn shared that she’s having difficulty to chew her food, drink, speak, laugh and anything that involves the movement of her facial muscles.

She felt deep sadness inside because she struggled with the most basic of tasks such as sleeping. She struggled to sleep well because one of her eyes can’t fully close.

Although she tried to maintain a strong front at work, she cried every day the moment she got home.

She decided to make a video on Tiktok to release her pent up feelings. Little did she know, they were so many people out there who supported her and made her video go viral.

Strangers who have Bell’s Palsy gave her some advice and recommendations too. Alyn shared that she’s considering other options if the hospital treatments don’t work.

Her video has reached more than 108.2k views at the time of writing.