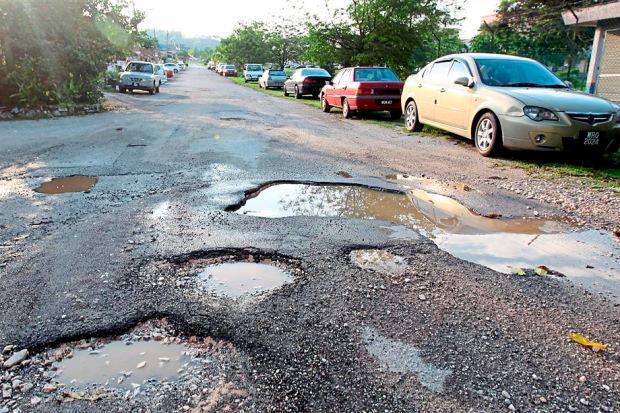 A LOCAL man has won a compensation claim against Kajang Municipal council (MPKj) after his car was damaged due to a pothole.

The report said that MPKj was taken to court by Fahrurrazi, who demanded compensation of RM 3,500 for his car’s damaged left tyre and rim due to it driven into a pothole on September 2020. He then had to replace all four rims, which cost RM 3,500 due to the damaged tyre’s rim design being unavailable.

He filed a claim to MPKj but was disappointingly offered RM 1,430 for only one damaged tyre and rim by MPKj’s insurer Takaful Malaysia Berhad which then led him to lodge another claim at the Tribunal for Consumer Claims just to be informed that the issue was not within the tribunal’s jurisdiction.

He then filed for a small claim in the Kajang magistrates’ court and the trial took place on July 15 this year.

Fahrurrazi representing himself in court, detailed that he had to change all four rims with second-hand ones that cost him RM450 each instead of purchasing new ones, which would have cost RM 2,750 or RM 687.50 each.

MPKj’s legal officer Muhidin Mahmud said that the council had taken the appropriate measures to ensure road maintainance and denied liability. Muhidin then stated that Fahrurrazi’s reckless driving was the root of the incident, using the evidence of the damaged tyre and rim.

Also, Muhidin called his claim of rim replacements unjust enrichment since only one rim was damaged.

“Looking at the photos produced by the plaintiff, there was indeed a hole. As to whether the plaintiff contributed to the damage, my finding is negative. The incident took place at night, and any reasonable man could not be expected to notice and sway their vehicle to avoid the hole,” Noor Firdaus said.