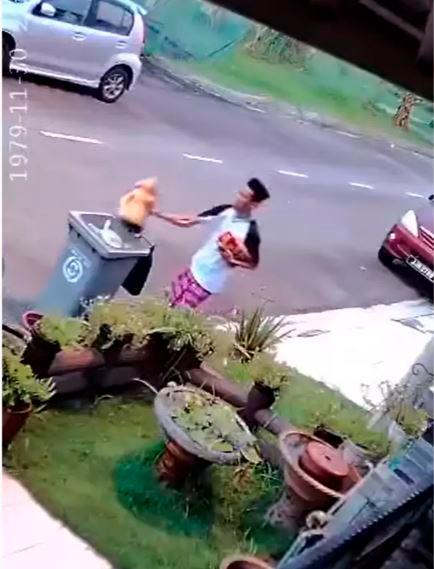 A screenshot from the video. – FACEBOOK/@Krishamoorthy Vichu

In a 42-second video clip which went viral on Facebook, a man dressed in a sarong and songkok was seen walking towards the victim's residence. After making certain that no one else was watching, the man strolled to the front porch where the idol was placed, removed it and tossed it into the bin in front of the home.

The incident is said to have occurred at 9am in Taman Scientex Senai in Johor.

The complainant stated that the religious idol was placed in his front yard for ornamental purposes solely, that there was no damage to the idol, and that it was eventually returned to its rightful location.

Tok went on to say that police had taken a copy of the CCTV tape in order to investigate the matter under Section 427 of the Penal Code for mischief.