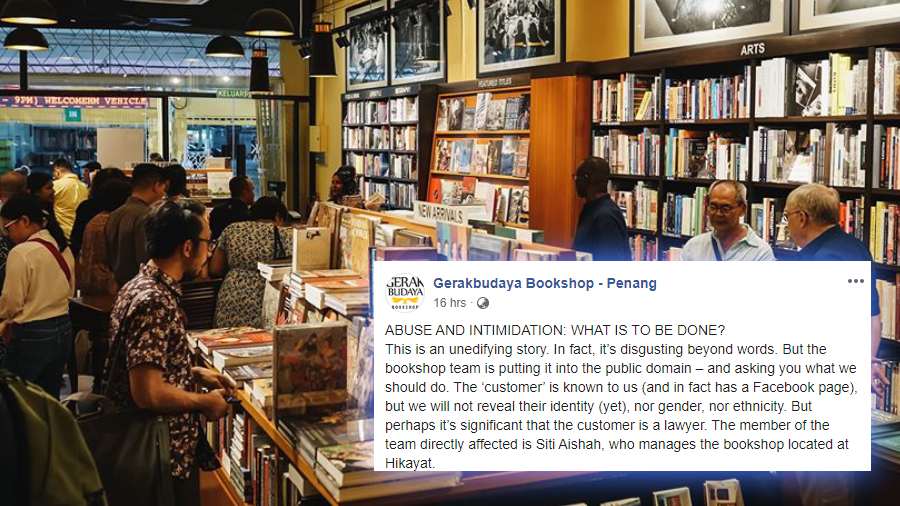 THEY say the customer is always right, but deep down inside we know that’s not always the case. One bookshop in Penang, Gerakbudaya, called out a customer for being rude and intimidating - and also took to social media to get feedback on how to handle the issue.

They didn’t name the customer but pointed out that the person has a Facebook page and is a lawyer.

The bookshop stated that the customer ordered a book online and requested it be delivered via post. The bookshop proceeded the send the item via PosLaju, but the customer expressed his or her disapproval of using that particular delivery service.

A notification was subsequently received by the bookshop stating that delivery has been attempted, but no one collected item. The customer then calls the bookshop, and it was explained that delivery attempted. It was replied by the customer that because it was delivered by PosLaju it would not be picked up, calling a staff member, “bloody pariah”.

An email was later received by the customer saying, “May Allah curse you & your 7 generations with drug addicts in your family for putting me into such distress and sending the book I paid in full with postage. I DID NOT GET THE BOOK UNTIL NOW. I told you to send by GDEX or FDEX and you not complied So the curse will take place In the name of Allah I pray. Amen.”

3.Photo Of The Day