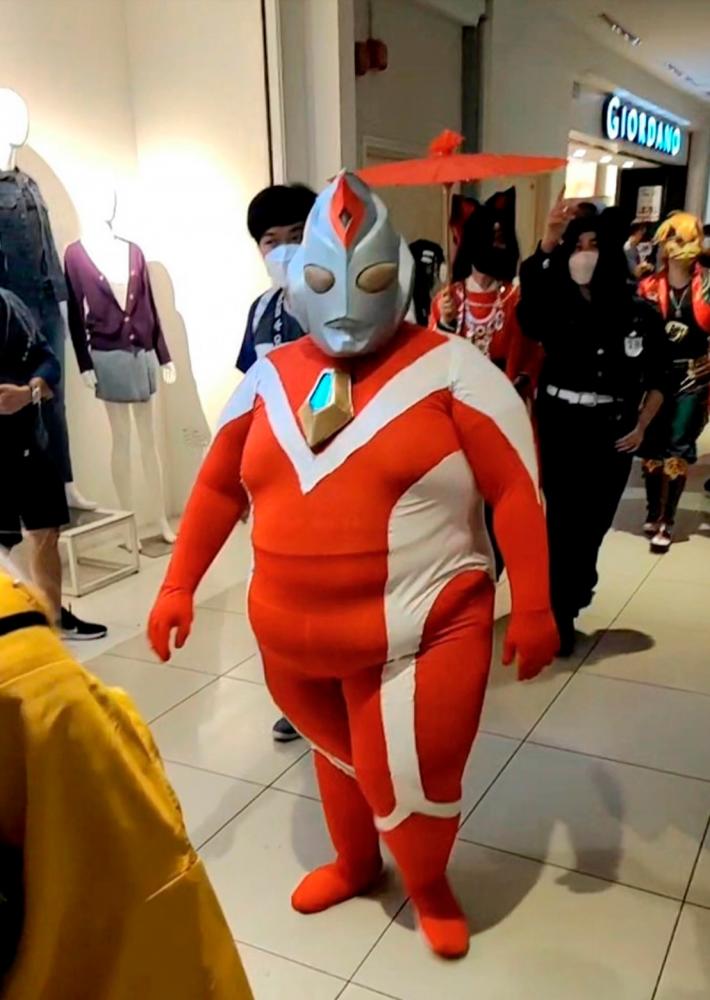 EARLIER this week, images of a contestant at a cosplay event in Ipoh went viral on social media, sparking some intense reactions from Malaysian netizens.

The photos showed cosplayer Asyraf Akashi dressed up as Ultraman Dyna, on his way to take part in the Cosplay Party event which was held in Ipoh Mall over the weekend of June 11-12.

He was one of the many participants who joined the cosplay competition, and various videos of Asyraf’s performance showed the packed crowd erupting in cheers of support as he took his place on stage.

For his performance, Asyraf delivered several classic poses to the tune of Kimi Dake O Mamoritai (You Alone I Want to Protect), a song from the Ultraman Dyna series.

The competition’s judges praised Asyraf’s performance, while also suggesting that he work on improving the details of his suit for future competitions.

The response from netizens was overwhelmingly positive, with many praising his confidence and courage to go onstage to perform. While there were a few negative comments, they were largely outnumbered by those showing support for Asyraf.

Local artist Keith Chong Kah Hwee even drew a piece of fanart featuring Asyraf in his Ultraman Dyna suit, which was accompanied by the hashtags #RespectSalute and #TrueHero.

While Asyraf did not place among the winners of the Cosplay Party competition, he definitely won a lot of hearts with his body confidence.

A familiar face to those within the local Ultraman cosplay scene, plus-sized Asyraf is much-admired for his passion and dedication to the craft, and has appeared as various Ultraman characters in previous cosplay events.

Asyraf’s love of cosplay has remained strong over the years, despite attempts by some to bodyshame him due to his larger size.

In response to his recent viral status, Asyraf shared a post on Facebook on June 15 which read: “I’m sorry if I offended some people out there, I just want to say, [I joined] the competition and the event that day [because I wanted] to have fun with my friends, I didn’t expect it would get this [much] attention, again, I’m really really sorry if I offended you guys out there.”

His post received many messages of support and love, with many asking him to continue cosplaying, and to stay positive and ignore all the haters.

Asyraf’s cosplay has certainly inspired and brought joy to so many people, and because of that, we believe that Asyraf is the true embodiment of what it means to be Ultraman. Congratulations, Asyraf!