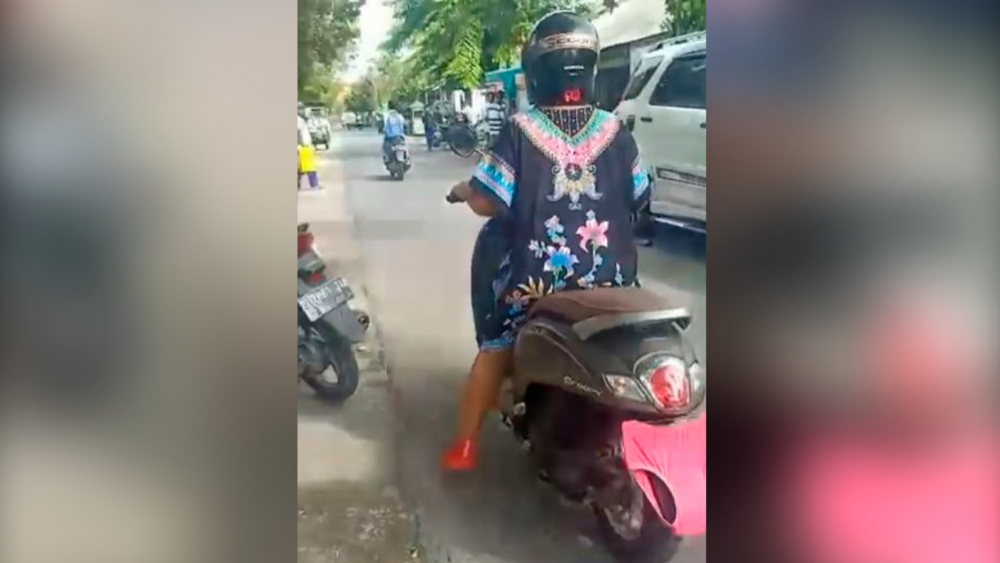 Screen grab from the video.

INDONESIAN police have assured motorists not to be afraid of the newly-implemented Electronic Traffic Law Enforcement (ETLE) system if they did not commit any offence, Malay Mail reports.

Police reportedly said this after a video showing a motorcyclist in Lamongan covering the number plate using panties went viral on social media.

Lamongan police chief Aristianto Budi Sutrisno reportedly said authorities managed to locate the motorist and explained to her about the ETLE system.

He also added that even if the system catches motorists, action will not be taken against them immediately.