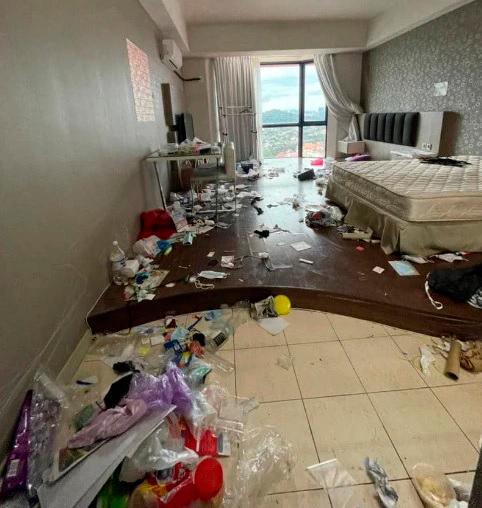 STORIES of tenants leaving their rented space strewn with rubbish and rotting food are nothing new. We have heard of some horrible stories of tenants destroying property or leaving the place in a shambles when they move out, forcing the landlord to fork out substantial sums of money to make the home inhabitable again.

Recently, a property agent revealed how his rental unit was left in a horrific state by a bad tenant. According to World of Buzz (WOB), the realtor mentioned the renter had stayed in his studio apartment for a period of three months before evacuating. The unit was rented for RM1,200 a month.

“In many years of working in this industry, I’ve never seen anyone make a mess this big before. I don’t know how they slept,” he said.

Pictures shared by the agent revealed that the bed has been detached from its frame, leaving behind a trash heap. The agent further mentioned that the tenant has “always been a problem”, but the possibility that they would execute such an irresponsible and terrible act had never crossed his mind.

Despite the extensive mess, the agent decided cease communications with the previous tenant, and resigned himself to clean up the unit before it could be listed for rental again. He advised all tenants to take care of their rented unit like their own home.

Renters have a responsibility to take care of the spaces that they live in. And as for landlords, hopefully they can learn from this experience and avoid a similar situation happening to them. 5.Elderly man among 23 held for drink-driving in KL