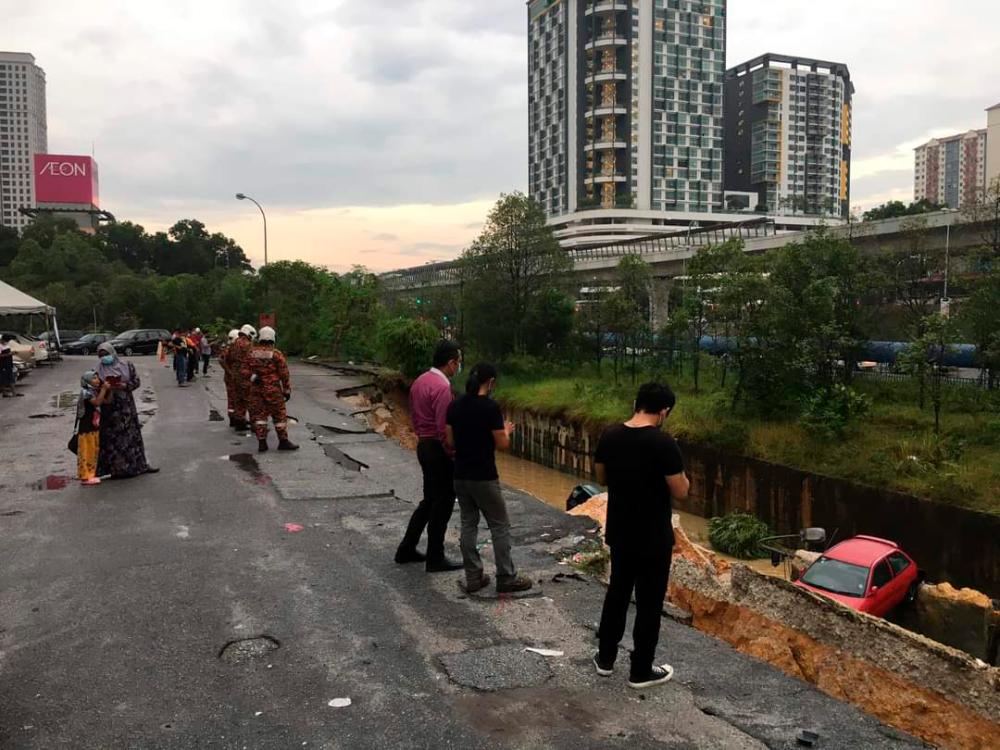 Images taken yesterday following the incident showed the scale of the damage.

FOLLOWING the heavy rain storm on the evening of Jan 25, road users and bystanders were witnesses to the horror of natural disaster when a section of a road in Selangor collapsed as the ground underneath gave way.

The incident occurred on Jalan LP1A/2 Lestari Perdana, a road opposite Jusco Equine Park in Serdang.

Though five vehicles were damaged, thankfully there were no victims.

Serdang fire and rescue department officer Saharudin Abdul Razak told Bernama that a report on the incident was received at about 6.38pm, and that there were no casualties.

Videos and photos of the incident have since gone viral on social media.

According to Saharudin, the five vehicles were parked in front of a car workshop near a ridge where the soil settlement occurred.

“The rain at the time of the incident caused a drain to burst and the soil beneath began to subside, causing the five cars to fall 5-6m.

“The area was closed to the public and the incident was referred to the Subang Jaya City Council (MBSJ) for further action.”

The full force of the landslide was caught on two videos that went viral.

When the road is viewed through Google Street View, cracks can be seen on the southeast end of the road when the image was captured way back in 2018.

You can view the incident in one of the viral videos here: 3.Swim with the tide or sink into obscurity