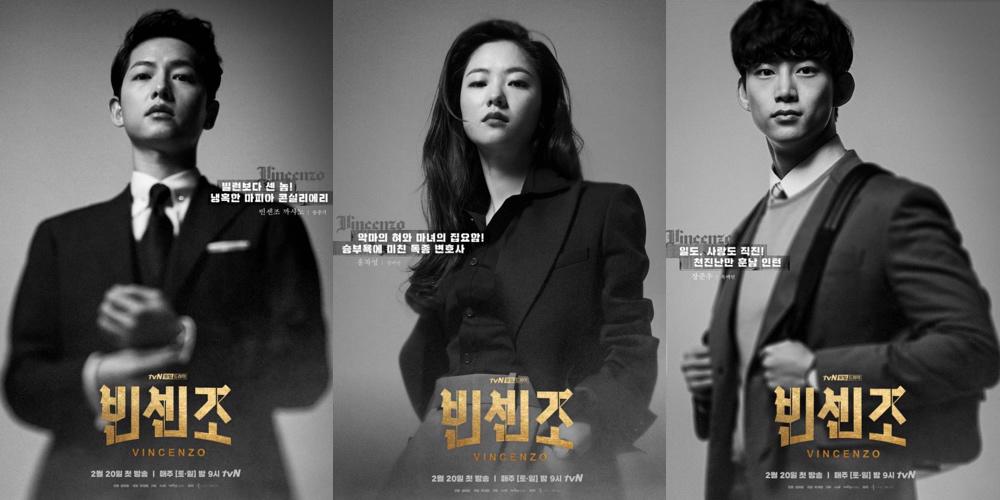 If you miss watching mafia shows such as Peaky Blinders, you should check out the upcoming Netflix show titled Vincenzo.

Vincenzo stars Song Joong Ki as Vincenzo Cassano, a lawyer and mafia consigliere who was adopted by an Italian family at a young age.

Due to a war between mafia groups, he moves back to South Korea and crosses paths with a bold lawyer named Hong Cha Young (played by Jeon Yeo Bin) and her innocent intern Jang Joon Woo (Taecyeon).

Together, they form an unlikely trio and use villainous methods to take down villains who escape the law. Their foes are none other than an evil lawyer named Choi Myung Hee (played by Kim Yeo Jin) and the president of one of the most prominent companies in South Korea named Jang Han Seo (played by Kwak Dong Yeon).

"These days there are a lot of bad people in the news. When writer Park Jae Bum gave me the synopsis, I sympathized with it a lot because it contains many contents criticizing society. I think it is a very new genre, a high-class genre,” he said in an interview.

"But that isn't the only charm that attracted me to it. The narrative is heavy and deep, but it's a pleasant and refreshing drama."

"He's worse and stronger than the bad guys. He is a Korean who has lived only in Italy, so he's a lonely character as he is foreign to Korea. At first, I thought Italian would be easy to pick up, but it's a complicated language. Still, the language teacher helped me a lot,” he added.

When fans asked how he’ll be able to depict a character who’s way wicked than the bad guys since he has kind eyes, this is what he said: "There are some people who see me in a different image than the image that is seen to the general public. I wanted to transparently depict Vincenzo's spitefulness, wickedness, and sharpness."