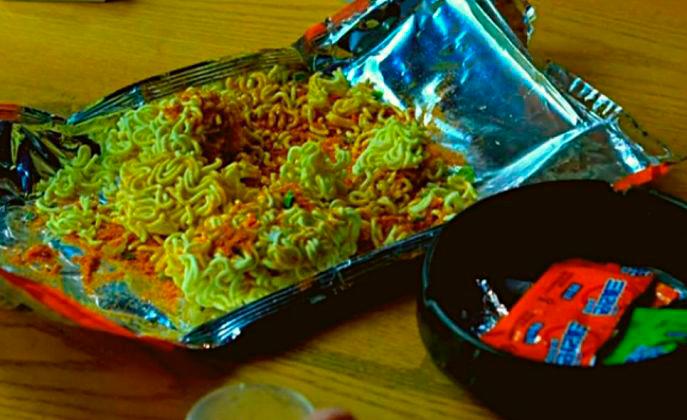 One of the snacks featured in the Squid Game is Samyang Ramen of Samyang Foods, which Lee, Jung-jae (Player 456 in the drama) and Oh, Young-soo (Player 001) ate raw with soju, a Korean liquor at a convenience store.

After this scene was streamed, consumers’ interest in Samyang Ramen has increased rapidly. In particular, since the director of Squid Game revealed that the raw ramen had been his favourite snack for drinking while in college, the popularity of this K-food has been soaring among global consumers.

This so-called “Ramen Ddang” is raw ramen noodles broken into pieces and sprinkled with ramen seasoning powder. With a crunchy texture and savory and spicy flavor, this simple snack, which is also popular as a beer snack, is enjoyed by people of all ages.

Samyang Foods has announced to start a social media event to provide the recipe for Ramen Ddang from Squid Game to global consumers.

From Oct 12 to 19, the event will be held through Samyang Foods’ global Instagram channel for the US, Canada, Thailand, Japan, Indonesia, Vietnam, and Malaysia. The event participants will receive Samyang Brand merchandise through a drawing.

“Although we did not run product placement in the Netflix drama, the popularity of Samyang Ramen is increasing thanks to Squid Game,” said a Samyang Foods official.

“We will continue communicating with global consumers to provide them with a new ramen recipe, introduce a wide range of Samyang’s products including Buldak Ramen, a hot chicken flavor ramen, and spread enjoyable K-food culture.”