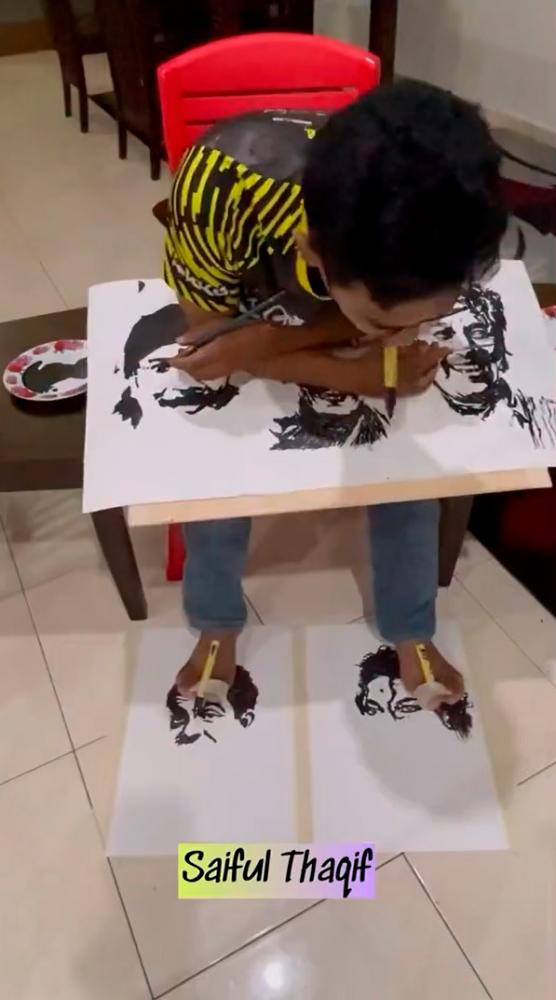 A secondary school teacher has become an internet sensation after he posted a 27-second TikTok video of him drawing portraits using his hands and feet.

Viewers were also stunned by 39-year-old Saiful Thaqif’s ability to draw with his mouth while he was already sketching portraits with his hands and feet.

He drew portraits of Malaysian public figures including comedian and cartoonist, Imuda, Chef Wan and Datuk Lee Chong Wei using his hands and mouth, while his feet were drawing picture perfect sketches of Mr Bean and Michael Jackson.

According to Asia One, the father of six took about four hours to complete his drawing session. The video has gained 377,200 views and 27,400 likes at the time of writing.

Meanwhile, his comment section is filled with words of praise, and one of his viewers even recommended that he try his luck on America’s Got Talent.

Watch his video and get amazed by his talent here