‘Unboxing by Husband’ trend gets slammed 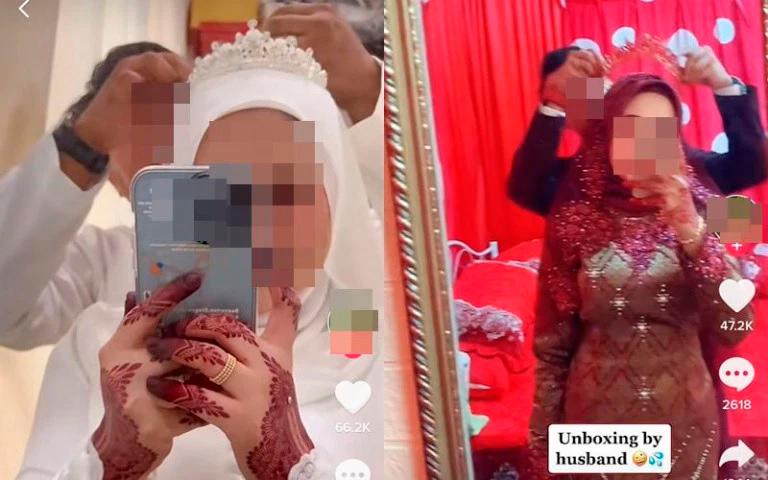 Screenshots of some couples who took part in the ‘unboxing’ trend. – Kosmo

SOCIAL media has become a hub for many to share and post videos that can garner attention. Unfortunately, such freedom has been abused by certain online users.

To illustrate, a new viral trend on TikTok called “Unboxing by Husband” has sparked outrage among Malaysians. The trend involves newly married Muslim couples clad in their wedding attire on their wedding night, recording themselves standing in front of a mirror.

The groom would then “remove” his bride’s head accessories while being filmed by her.

Those who participate in the trend feel it is their way to celebrate their happy day, and announce to the viewers that they are legally married.

However, netizens and religious leaders were enraged by the act, and said that it was inappropriate for Muslims.

The Perak Islamic Religious Department even took to social media to advise Muslims to not participate in the trend as it was against Islamic beliefs, and reminded that it is mandatory for Muslim husbands to protect their wives’ dignity.

“The act of ‘unboxing’ your wife is against Islamic teachings as it is the beginning of sin and could invite slander,” they wrote.

What are your thoughts on the trend?