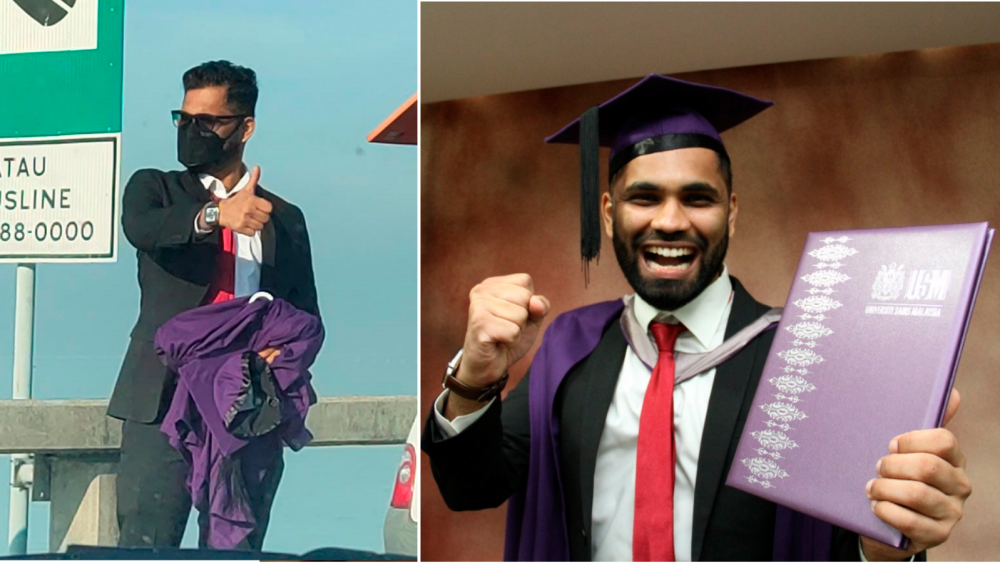 A UNIVERSITI Sains Malaysia (USM) graduate, who was stuck in congestion on the Penang Bridge this morning resorted to hitching a ride from a motorcyclist to take him to the university for his graduation ceremony, NST reports.

The congestion on the bridge was the result of a fatal accident.

R. Kevin, 28, said he was panicked initially and tried his luck with a motorcyclist, who was willing to take him.

“I was excited and grateful that there were many people out there who were willing to come to my aid and take me to USM to celebrate my success of graduating with a Master of Business Administration with my friends,“ he reportedly said.

Earlier today, a photo of Kevin holding his graduation robe attempting to hitch a ride went viral on social media.

Kevin said he left home in Seberang Jaya with his parents at 6.30am but did not expect such a severe congestion due to a fatal accident that occurred on the bridge.