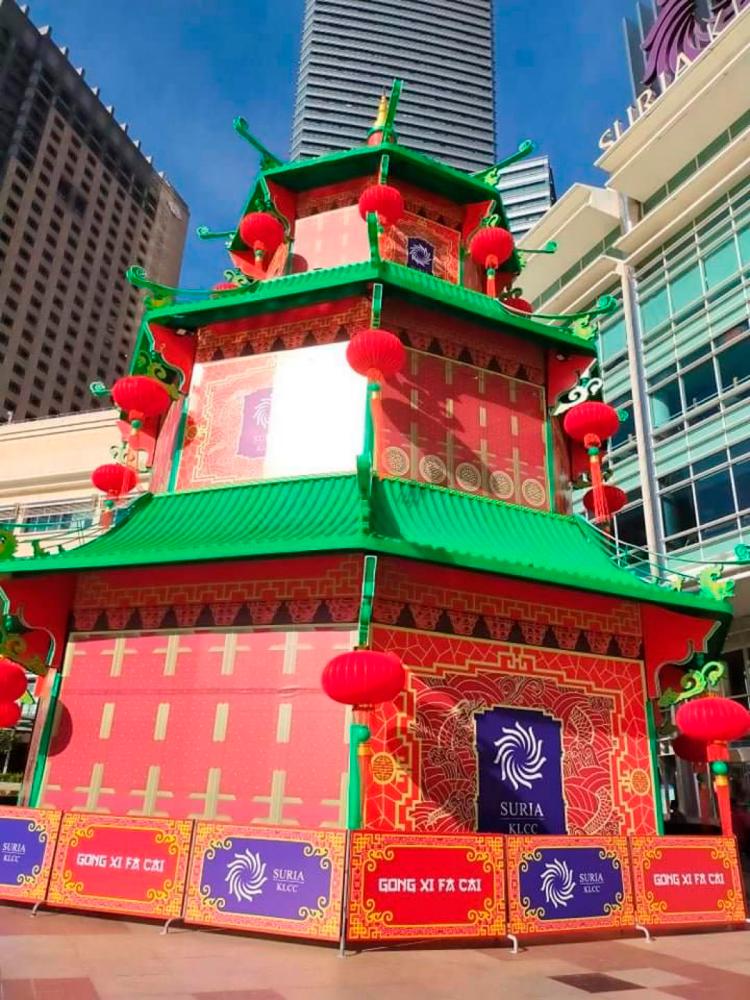 The CNY pagoda that is located at Suria KLCC’s entrance. – Malaysia Shopping Mall

SURIA KLCC has repainted its CNY decorative pagoda following public criticism. The decorative structure which is located at its entrance drew much criticism for resembling prayer paraphernalia – a decoration that is burnt during the Qingming Festival (Tomb-sweeping Day) to honour one’s ancestors.

In fact, many netizens took issue with the pagoda as it was made from paper, and very much resemble a paper house when it was lit up at night. Some even compared it to a columbarium.

However, the management of Suria KLCC was receptive to the matter, and was quick to solve the issue at hand. Last week, workers were seen changing the aesthetics of the structure.

For instance, the roof of the pagoda which was initially green is now yellow. In addition, more red lanterns were added as props. Although the mall drew much flak for its design this year, Suria KLCC’s previous CNY assembly was always well received.

As a matter of fact, the mall’s 2020 CNY pagoda was even featured in the Malaysia Book of Records. The feat was recognised as the country’s tallest pagoda structure. But that design sported a golden roof with red walls.

Though both structures shared similarities in their design, the chosen colours made them look significantly different. Hence, many social media users have urged the shopping centre to pay attention to the little details in the near future.

Regardless, Suria KLCC has yet to officially respond to the matter.