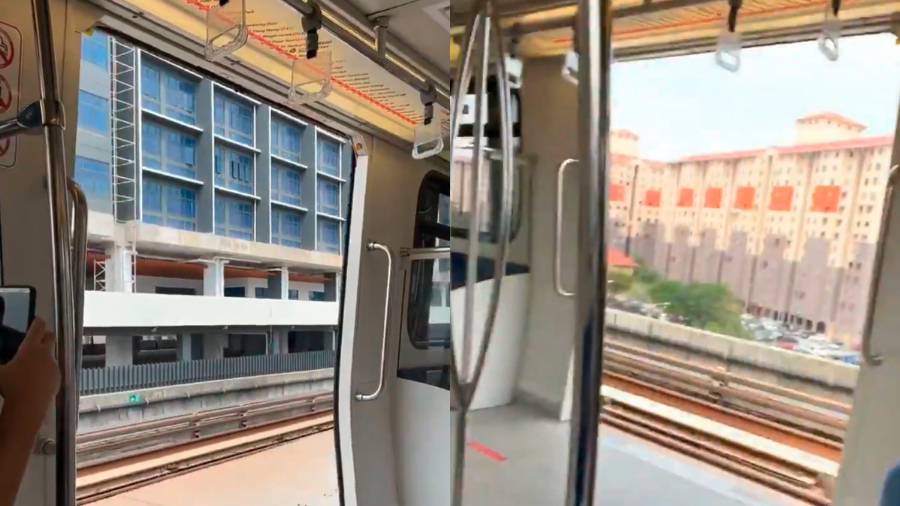 On July 26, Sofeana (@perksofbeingsxf) was travelling on the Light Rail Transit (LRT) from Ara Damansara to Lembah Subang station.

When the train left the Ara Damansara station, the doors suddenly opened again to Sofeana’s shock. Her viral video documented her whole bizarre ride. Only several people in the train took videos of the incident in the mostly empty train and wisely stayed seated for the whole ride.

“I think there [were] technical issues with the system because the door closed after we entered the train at Ara Damansara but when it started moving, the door suddenly opened out of nowhere,“ she said.

“And then when we arrived at the next station — Lembah Subang — it closed again.”

She said when she alighted from the train, no workers approached to check on the passengers and no announcements were made regarding the incident. However, someone from Rapid KL entered the LRT to check the door and did not acknowledge any passengers about the incident.

Sofeana’s video went viral with over 25.3k retweets and 28.5k likes. Together with the video clip on Twitter, she wrote “And suddenly I feel like I’m in Divergent @MyRapidKL what is this behaviour.”

and suddenly i feel like I’m in divergent @MyRapidKL what is this behaviour 😩 pic.twitter.com/PpyjAiXLQn

This prompted Rapid KL to release an apology statement the next day (July 27).

“The incident was discovered immediately by the Operations Control Centre and the train was taken out of service less than 2 minutes later when it reached the LRT Lembah Subang Station that is located about 900 metres away from LRT Ara Damansara Station,“ Rapid KL wrote in a Facebook post.

“It was then sent to the depot for immediate inspection and further investigation.”

“During the incident, there were seven passengers on board the train. All were evacuated safely.”

Rapid KL also said they take the incident very seriously and a detailed investigation is underway.