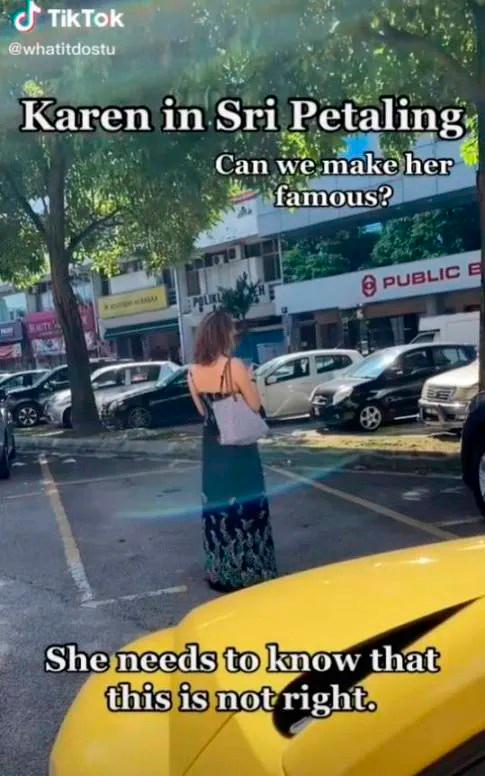 IT IS undeniable that getting a parking spot isn’t always easy, however that does not mean people are allowed to be unethical just so that they can book a spot.

Recently, a video posted from a TikTok account by the name of @whatitdostu went viral showing a woman standing at an empty parking spot to reserve it.

According to the video, the incident took place at Sri Petaling, Kuala Lumpur. Despite being asked to move by the person recording, the woman continued standing there ignoring him, and he eventually left the scene after receiving no reaction from her.

“This is my parking, go look for a different one,” the woman told the man who uploaded the video.

The man said that his intention for making the video public was to let people know that reserving a parking spot by standing there isn’t something to be proud of, in fact it is a criminal offence and one can be punished for committing such an act.

TikTok users were enraged by the 18-second video, and commented on possible ways they would have made the woman leave the spot.