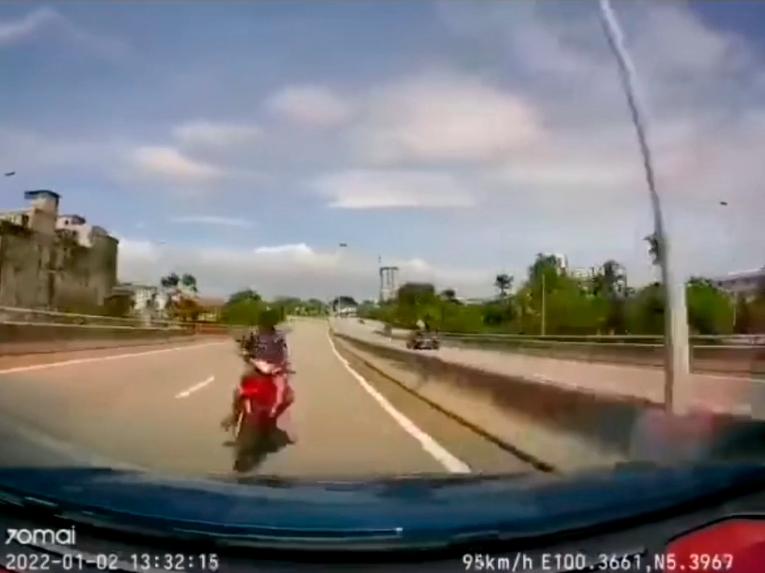 IN A dashcam video that began to go viral around the start of the new year, a car is travelling along a road before a motorcyclist appeared seemingly out of thin air, riding against the flow of traffic and crashing directly into the car.

Based on the dashcam footage, there was almost no time for the car to evade the speeding motorcyclist.

According to a report by a local Chinese tabloid, the rider was killed on the spot. As for where the accident occurred, it was supposedly on the Butterworth Ring Road, which had a long history of accidents and road users driving against the flow of traffic.

In the report, it was mentioned that the rider crashed into a private car, and he was “discovered by a nearby patrolling tow truck”.

Pictures taken at the scene showed debris strewn along the road, with the rider’s red motorcycle more or less obliterated.

The deceased was later identified as a 64-year-old man, while the car was reportedly driven by a man who was with his son. The latter two came out of the horrific accident with only minor bruises and received medical treatment.