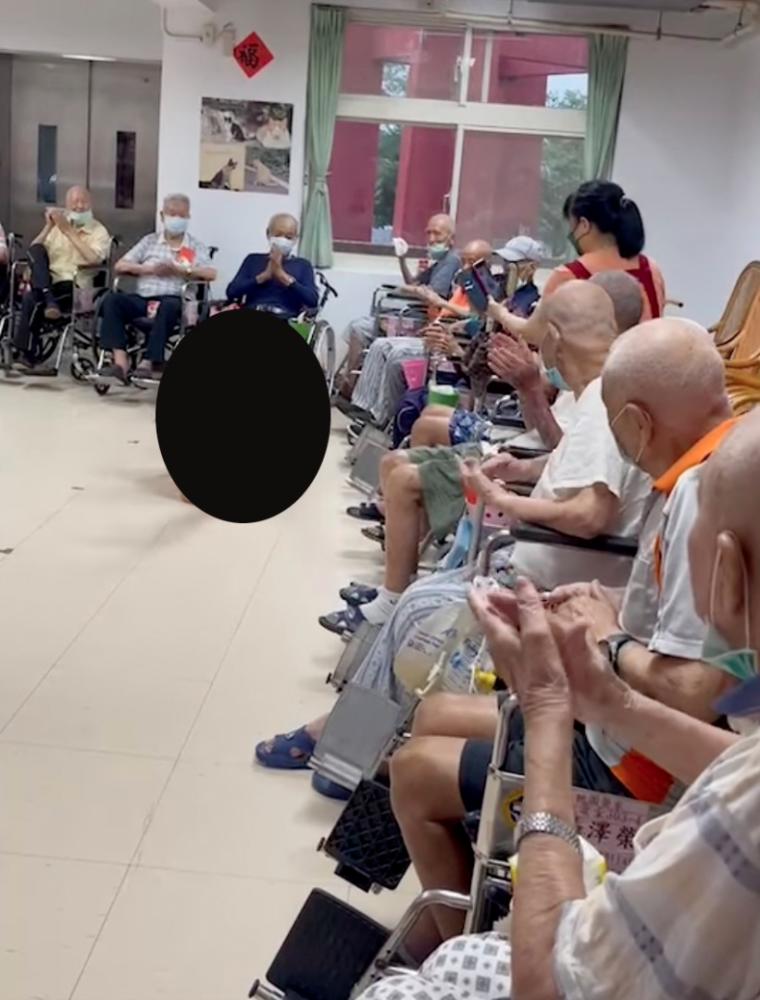 RECENTLY, a Taiwanese veteran home has come under fire for holding a controversial Mid-Autumn festival event.

In a viral video, a woman dressed in lingerie, heels, and a mask was seen dancing to a group of elderly men and staff of the home. There were at least 12 residents present during the performance.

It became extra heated when the performer decided to get more intimate with the seniors to raise their level of enthusiasm.

She was also seen holding on to the sides of one of the men’s wheelchairs and brings her chest close to his face.

After the clip went viral, the veteran home was criticised for the controversial display.

They have since told Taiwanese news outlet Liberty Times Net that they “deeply regret” what happened.