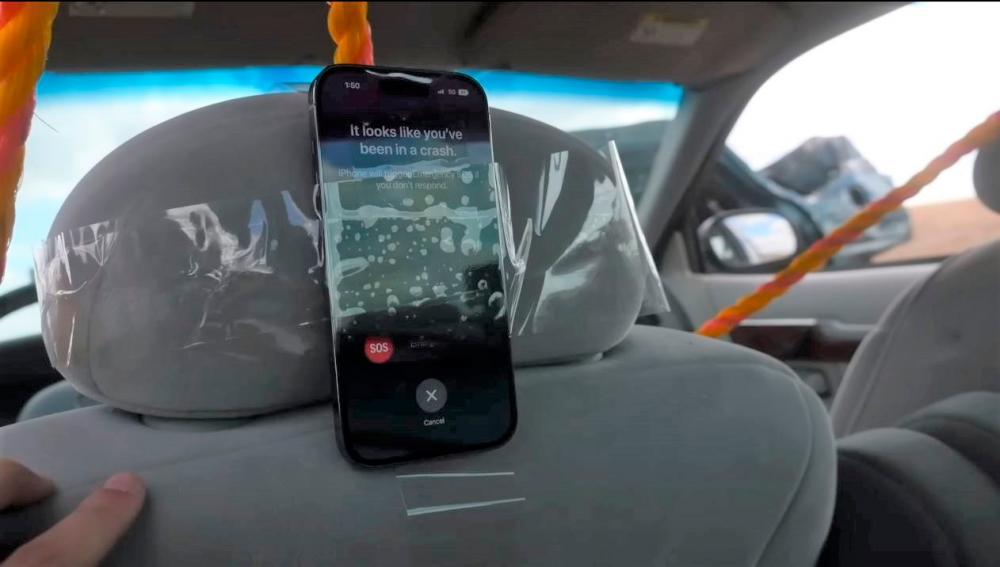 RECENTLY, a YouTuber had demonstrated an iPhone 14 feature by crashing his car twice to test the supposed life-saving claims of the feature.

Malaysia Trend reported today that the Youtuber had simulated a real car crash to validate the claims of the latest ‘Crash Detection’ feature which allows the phone to detect severe vehicle collisions, initiating 10 second countdown before calling the user’s emergency contact notifying them of the accident.

However, emergency services will be contacted if the user fails to cancel the notification within 20 seconds.

In the case of unresponsiveness, an automatic message will be sent to emergency services, sharing the user’s latitudinal and longitudinal coordinates and an estimated search radius to expedite the search process.

The YouTube video showed the iPhone 14 strapped securely behind a driver’s headrest in a remotely controlled car as it crashed onto various obstacles.

In the video, the first test was a low-speed crash colliding into a line of scrap cars which resulted in a notification from the iPhone 14 saying “It looks like you’ve been in a crash” after around 10 seconds.

Meanwhile, the second attempt, which was more intense, with smoke and fluids seen leaking out of the car, also garnered the same results, which concluded that the feature does work as advertised.