Good to the last bite 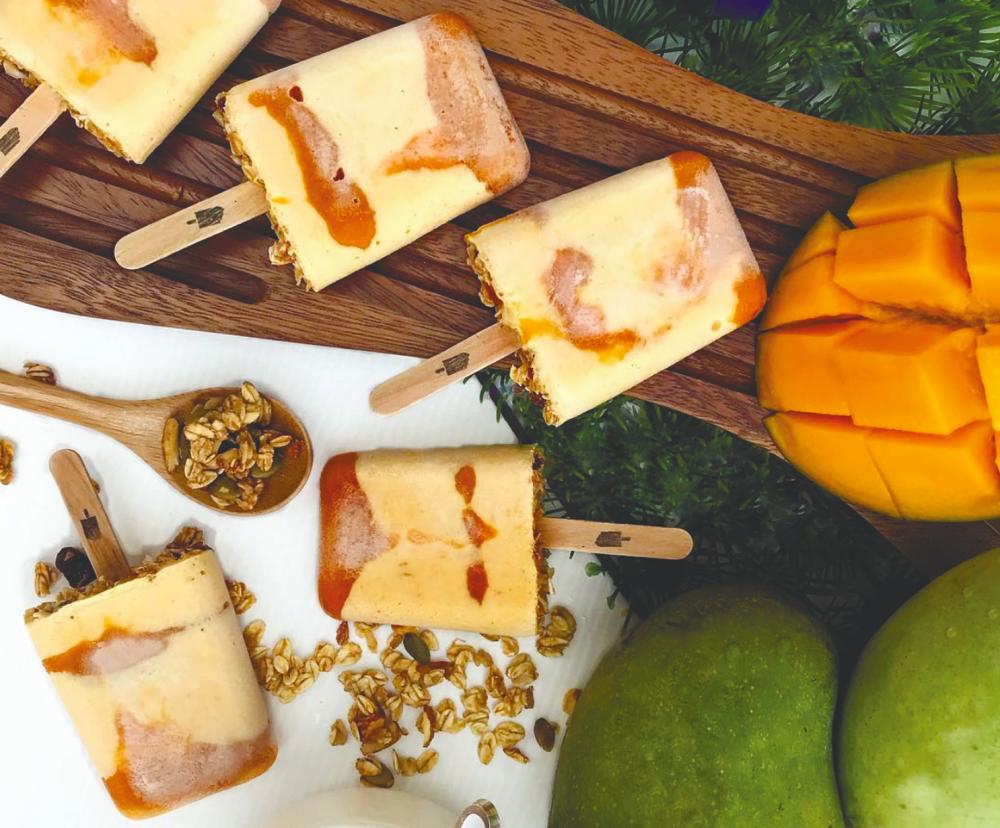 They immediately bonded over their love of popsicle ice creams when they first met six years ago. At the time, Marilyn Foo Ching Hwa and Stephanie Chuah Mei Mei were working for an oil and gas company in Miri, Sarawak.

“We worked in the same office ... we were colleagues, back then,” explained 37-year-old Miri-born Marilyn, who worked in the administrative department, while Stephanie was an engineer.

Three months after they met, Marilyn got the idea of starting a business making ice cream with unique flavours, and joined hands with Stephanie, who thought it was a fun concept to explore. At the time, there were no such ice cream shops in Miri.

The two decided to turn their passion for ice creams into a ‘small and sweet’ online business, which they named PopzCulture (@popzculture on Instagram) in 2015.

“I love desserts, especially ice creams because they give you the best feeling ever, whether you are feeling down or happy. It’s a quick fix. If you have an ice cream, you would feel better,” said Marilyn.

The two started the small-scale business from home and made artisanal ice cream in small batches – about 100 sticks or less – catering for small-scale corporate functions, and to sell at pop-up stores and at the beach, as well as during festive seasons.

Two years after helping to co-found the business, Stephanie flew back to her hometown in Kuala Lumpur, leaving Marilyn to manage the business single-handedly. Despite no longer being actively involved in the business today, Stephanie helped fill in on PopzCulture’s early days.

“We started to sell at the Miri Esplanade beach to promote our ice creams. We sold to any passer-by,” said 32-year-old Stephanie, adding that they did not have a business address as they worked from home.

The duo brought out their inner artistic talents by creating the most beautiful popsicles, which looked too good to eat.

They carefully arrange fruits in an artistic pattern inside the mould, before pouring the liquid mixture inside. Each popsicle is beautifully crafted in order to capture the attention of ice-cream lovers. The idea was to ensure that the popsicles “pop out” visually, while still tasting delicious.

“Our business idea was to make (popsicle) ice creams which look attractive and colourful. We [decided] to make popsicles, in a plethora of designs instead of [a] ‘normal’ cup or cone,” said Stephanie.

For instance, their signature popsicle, Fruit Blast, bursts with vibrant colours such as red, green and yellow, derived from watermelon, kiwi and pineapple. According to Marilyn, both adults and children are drawn to the look of the ice cream.

“We make creative (popsicle) designs through a layering process to give them a nice look [which is also] nice to eat, although it’s time consuming. We also incorporate cookies, chocolate chunks, boba and fresh fruits to add texture to tantalise the tastebuds.”

“We ventured into unique Asian flavours because we saw that there was a market gap,” said Stephanie.

“Our popsicles were handcrafted with quality ingredients. We didn’t have any added colourings or preservatives. Our flavours are special and we constantly updated our menu with new and fresh flavours. There was (always) something new for everyone.”

PopzCulture’s all-time favourite flavours consist of eight types, such as Cookies and Cream, Fruit Blast, Berry Cheesecake, Chocolates, which are priced at RM6 per stick.

Other seasonal flavours like Mango and Durian and festive-related limited-edition flavours for Chinese New Year, Christmas and Hari Raya cost about RM8 per stick.

Inspired by desserts and food, Marilyn creates her own version of cheesecake or apple pie flavours.

And for those who are a bit more adventurous, there is even a minty ice cream, inspired by the famouse Chinese cough syrup (Pi Pa Gao).

A ‘weird’ taste perhaps, but most customers find the taste innovative, and love taking photos of the ice cream. Another unconventional creation is the salted egg-flavoured ice cream.

“We have come up with tastes that others would call ‘weird’, but we see them as extraordinary,” admitted Marilyn.

Through trial and error, the pair created a range of one-of-a-kind, fruity flavours.

“We always focused on stronger flavours and we didn’t use artificial flavours,” said Stephanie.

Marilyn added: “Our popsicles are home-made and not to be compared with commercial ice creams, which come in standard sizes and flavours, and with fewer ingredients.

“[Ours] don’t always look perfect but are rich in ingredients. People can taste the ingredients in our popsicles.”

Berries and fruits are used generously to create taste and texture, and no expense in spared in creating the best ice creams using ingredients like imported Matcha powder and juice from fresh fruits.

“We focus on quality rather than profit,” said Stephanie.

Today, Marilyn caters for small-scale events, pre-orders and private parties. She plans to rebrand the business over the next two years with new and refreshing tastes.