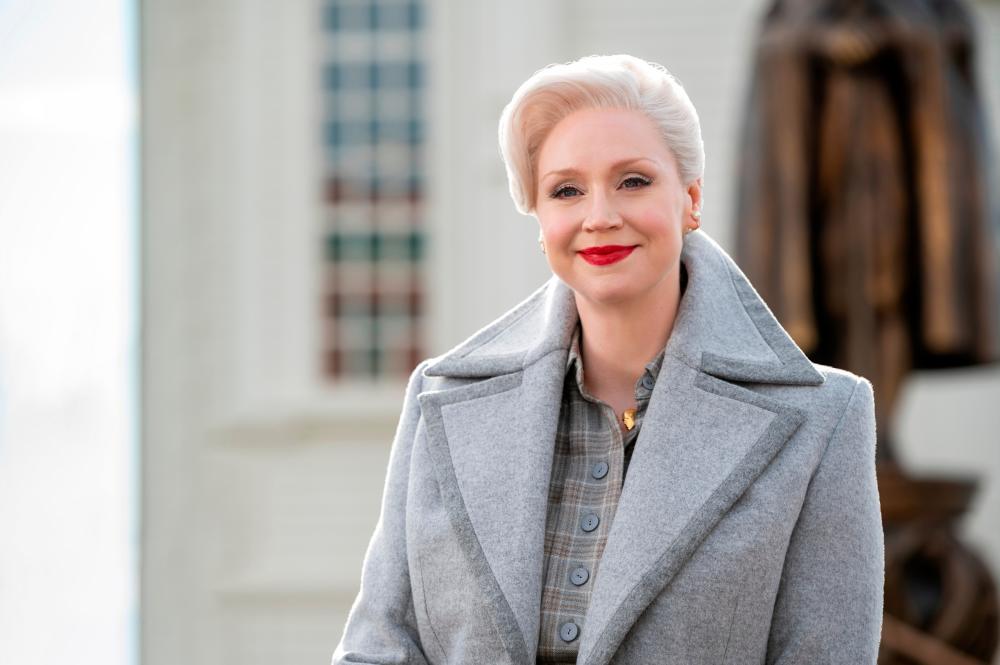 Gwendoline Christie said it was the first time she felt beautiful on screen. – Netflix

FOR Netflix’s recent dark comedy Wednesday, actress Gwendoline Christie was encouraged by director Tim Burton to customise her character on the show.

The Game of Thrones alum, who plays Principal Larissa Weems on the show, shared how her time as Nevermore Academy's fearless leader made her feel “beautiful.”

In a conversation with Entertainment Weekly, Christie revealed that director Tim Burton asked Christie to help create the role – and all of Weems' characteristics.

“He said, ‘You can do whatever you like with the character, feel free to make it whatever you want and we’ll keep talking about it,‘” Christie said.

“And that was an unbelievable opportunity from this great cinematic master.”

With her influence in the role, Christie explained what her time as Weems meant to her personally.

“It is the first time I’ve ever felt beautiful on screen,“ she added.

“I cannot express my extreme gratitude more heartily to Tim and Colleen and our hair and makeup team. Colleen Atwood is rightfully a legend, and what she does is close to witchcraft in terms of transformation. It is an honor of my life (to work with both of them).”

The first season of Wednesday will see Wednesday Addams (Jenna Ortega) being enrolled in Nevermore Academy, a school for monstrous outcasts after she is expelled from her initial high school.

In Nevermore, Weems is the academy’s tough and protective principal with strict protocols in place. The character is also a “shapeshifter”; someone who can take the form of anyone or anything.

In shaping the role, Christie was inspired by Alfred Hitchcock films.

“This idea kept coming to me of Larissa Weems being someone who was an outcast, who went to a school for outcasts, that was always second best and was always in Morticia’s (played by Catherine Zeta-Jones) shadow,“ Christie said.

“What kept coming to me was this idea of this Hitchcock-style heroine, this screen siren, that maybe that young woman would look to our mystic portal, the cinema, to be an incarnation of her fantasies. And weirdly, Tim had exactly the same idea and so did Colleen Atwood.”