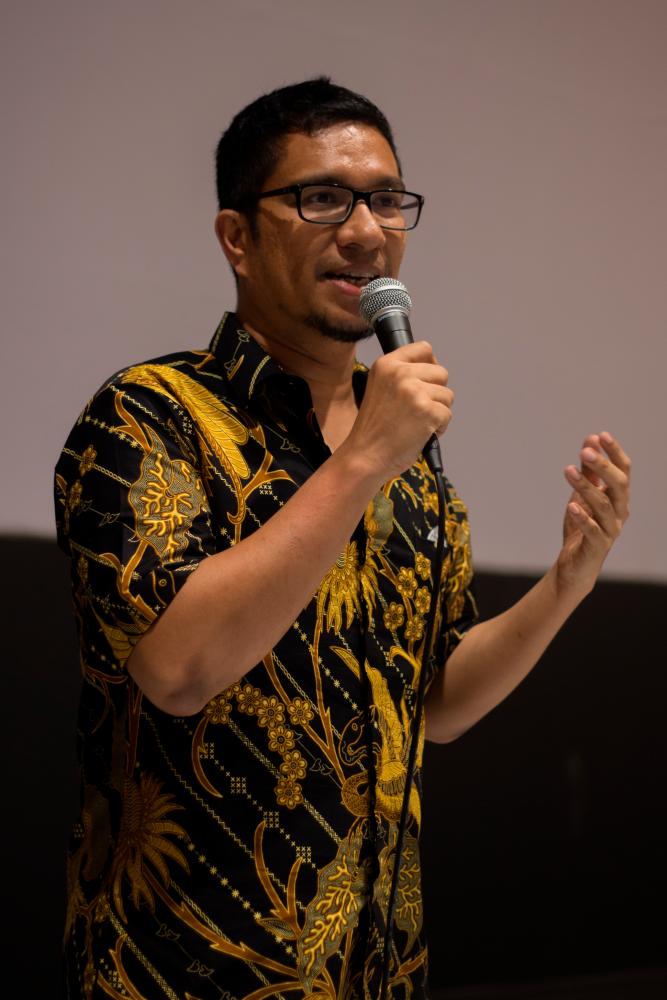 AFTER taking a step back from Buku FIXI, a local publishing house that he started in 2011, writer and publisher Amir Muhammad moved into another field that he is just as obsessed with as the book industry.

“As I knew I was going to step away from FIXI, I wanted to do something else. Around the same time, I read Roger Corman’s memoir, which was very inspirational,” Amir told theSun.

Kuman Pictures was then born, with “kuman” seemingly being a wordplay of “Corman”.

Although he started the production company in 2018, Amir said he was already making independent movies since the 2000s.

“It came from my experience of previous movies and later when I started a publishing company, we figured out that our specialty was horror and thriller books, even though we published all ranges of books. The ones that got the most attention tended to be the former.”

Something new each time

So far, Kuman Pictures has released three films since 2018 – Irul: Ghost Hotel, Roh and Two Sisters. Each film explores a fraction of the vast labyrinthine that is the horror and thriller genres.

Explaining the selection process for the first three movies, Amir said the focus was selecting the best directors for the job rather than the project itself.

“I needed directors whom I knew I could trust, both not to exceed the budget and to be able to deliver on time. These were directors that I knew personally,” he said.

“For the next three films, it was more ‘open’ in a sense that they were still people I knew, but did not know as well. It was a mixture of the projects, scripts and directors being suitable.”

The director of the upcoming fourth film was the winner of a Kuman Pictures script writing contest, while the sixth film will be by a finalist of the contest and the fifth film will be done by an intern.

“Ceroboh, that was shot last December is almost complete, while we hope to shoot Kerek later in the year. The sixth is Die-die Top Student, a Cantonese movie”.

Each of the first three films were very different. Being in the horror genre, the films were approached differently by the respective directors.

“Each had its own language, which was unintentional. I only realised it later,” Amir said.

On whether it was the company’s intention to make high quality horror and thriller movies compared with mainstream films, Amir said there was nothing wrong with doing a mainstream (horror) movie.

Amir added that Kuman Pictures has and will continue to respect the vision of its directors.

“We don’t interfere that much in the creative process of the director, and we never tell them ‘You have this cast, this actor’ or ‘You have to shoot at this location’, as long as we feel that the script can be done within the budget, falls into that horror or thriller genre, and we also need to be interested in it.”

Amir said that a cliched movie can still be very interesting, drawing parallels to the cyclical nature of cinema.

“Think about it, it’s always the same stories that come back, again and again. Like how many haunted houses movies are there in the industry? Yet every once in a while, there will be one that interests people.”