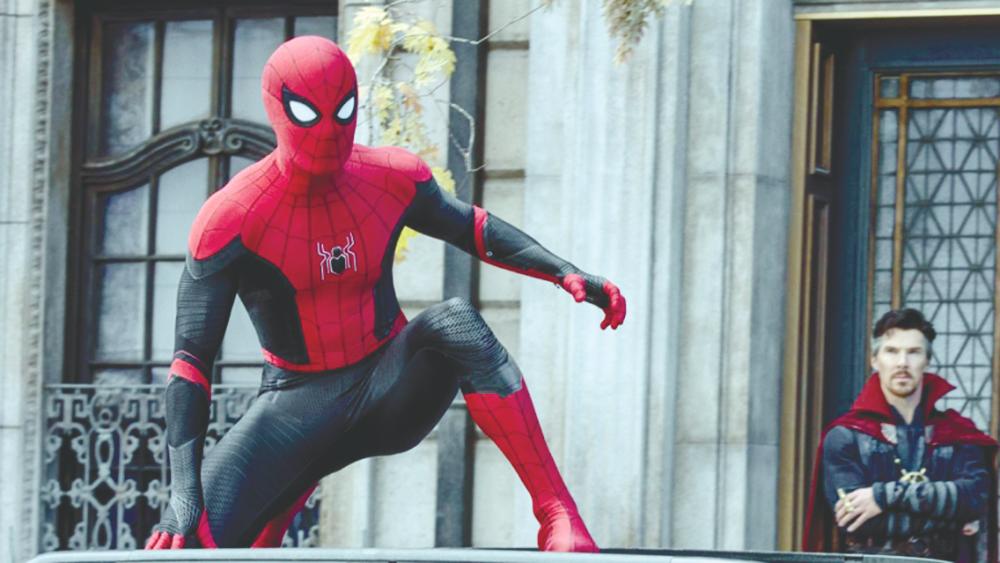 Spider-Man has to seek out the help of Dr Strange to solve his problems. – Marvel Studios

AFTER watching Spider-Man: No Way Home’s trailer, I was among those who had a couple of questions rattling around in my head. With Electro (Jamie Foxx) and Dr Otto Octavius (Alfred Molina) back in the picture, fans were quick to speculate on who else would make a return to the Spider-Verse, and it got my curiosity going.

When Avengers: Endgame was released, one of the fan theories proposed that this film would kick off the next phase of Marvel movies in the form of new Avengers which eventually led to Spider-Man: No Way Home being billed as the Marvel Cinematic Universe’s introduction to the multiverse – a vast world of infinite possibilities that are steeped in parallel universes.

Considering how Peter Parker (Tom Holland) ends up being thrown into the multiverse thanks in part to Doctor Strange’s (Benedict Cumberbatch) role in the film, you will realise that Loki’s season finale did in fact introduce a full and endless multiverse for the MCU’s future.

In Spider-Man: No Way Home, the story picks up right after the events of the previous film, where Peter’s identity was shockingly revealed to the world by none other than Mysterio (Jake Gyllenhaal). This new development ends up throwing up his life, and the lives of his girlfriend MJ (Zendaya), best friend Ned (Jacob Batalon) and Aunt May (Marisa Tomei) into disarray. Affected by the incident, he desperately asks help from Doctor Strange to return to a world where no one knows he’s Spider-Man. Unfortunately, the spell goes wrong and villains from other universes start showing up.

While the multiverse is a complicated concept, Jon Watts managed to tackle the theory and introduce the subplot of the movie flawlessly. Every scene was intense, packed with emotion and waves of laughter despite the chaos, and will certainly leave the audience wondering what will happen next, after an ending that is sure to tug on your heartstrings.

The movie doesn’t give you a break and you’ll be invested throughout, especially with the visual effects that will elevate your entire movie experience. Throughout the Homecoming trilogy, Holland’s character in Spider-Man: No Way Home has grown into a more mature version of himself. And with the detailed narrative and pace that audiences will have no trouble picking up, it is no wonder that early reviews have dubbed this movie as the MCU’s best Spidey film.

If you’re ready to go on an emotional roller coaster ride, Spider-Man: No Way Home is now out in cinemas.