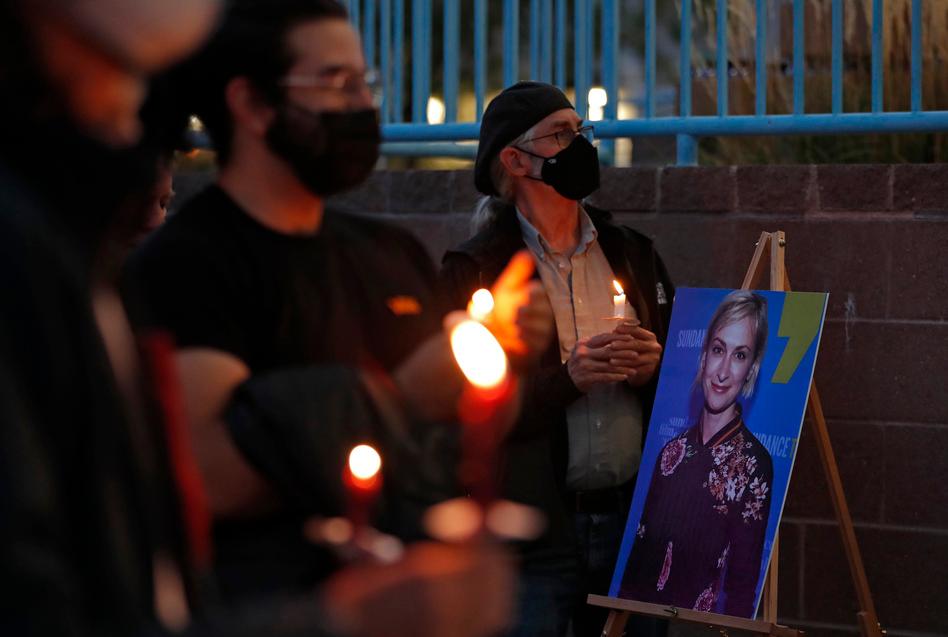 A candlelight vigil for Hutchins in New Mexico. - AP

FOLLOWING the horrible accident that occured on the film set of Rust on Oct 21, Supernatural star Jensen Ackles has made an official statement that pays tribute to the late cinematographer Halyna Hutchins, who was fatally shot when a prop firearm was discharged.

As one of the actors working on Rust, Ackles recounted his working relationship with the late Hutchins in an Instagram post that was shared on Saturday.

“I’m not even sure where to start,” Ackles said as he began the somber post.

“This has been a tragedy of epic proportions that we are all still processing”.

“Earlier last week I felt compelled to tell Halyna just how awesome I thought she was. I told her how incredible I thought her camera shots were and just how exciting it was to watch her and her team work. Truly. She laughed and said thank you and gave me a hug,” the actor continued.

“I’ll forever be thankful we had that moment. She had a spunk and passion that infected the entire crew from the top down. She was an inspiration. My heart and prayers go out to Halyna’s husband, son and the rest of her family. There just aren’t enough words to express what an immense loss this is. She will be incredibly missed by all of us who knew and admired her”.

Additionally, Ackles revealed that he and his wife, Daneel Ackles, have donated to the AFI memorial scholarship fund in Hutchins’ name, as well as to the GoFundMe campaign organised by ICG Local 600 to support Halyna’s husband, Matthew, and their nine-year-old son.

Ackles had been working on the New Mexico set of Rust alongside his co-star, Alec Baldwin.

On Thursday, Baldwin fired a prop gun that contained a live round, causing the death of Hutchins and wounding director Joel Souza.

In his statement, Baldwin conveyed his deepest shock and sadness over what transpired.

“My heart is broken for her husband, their son, and all who knew and loved Halyna.”

In the ongoing “shooting investigation” to determine key details that lead to the accident, Associated Press reported that Maggie Goll revealed she had raised safety concerns in the past about Dave Halls, the assistant director who had unwittingly given the fatal prop gun to Baldwin.

Goll, a prop maker and licensed pyrotechnician, said in a phone interview Sunday that Halls disregarded safety protocols for weapons and pyrotechnics, and tried to continue filming after the supervising pyrotechnician lost consciousness on the set of Hulu’s Into the Dark series.

2.Panel of experts to review ceiling price of affordable housing