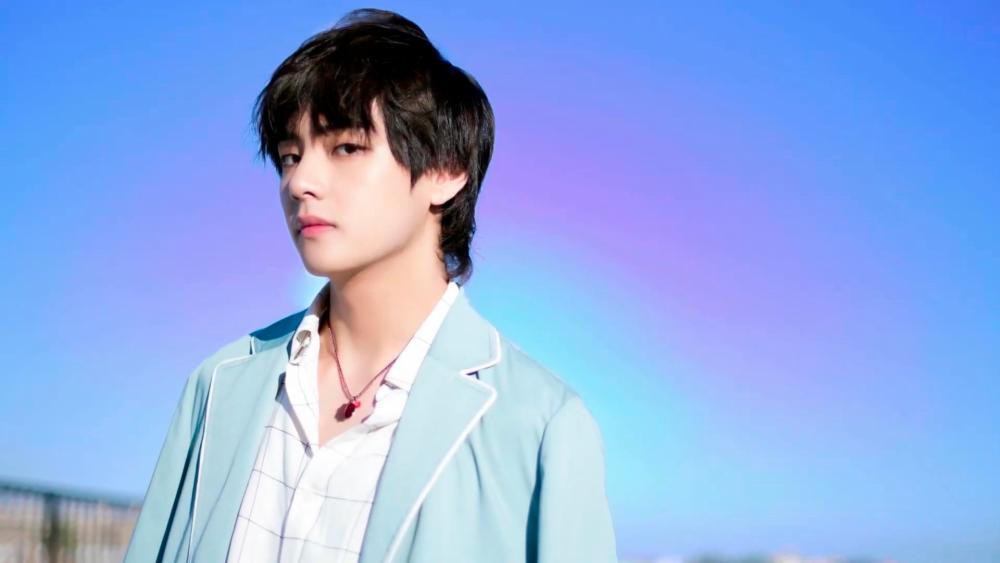 BTS member Kim Tae-hyung, better known as V, made headlines when rumours of him dating the daughter of Paradise Group’s president, Jeon Philip, began to swirl on social media.

Paradise Group is a South Korean conglomerate that is famous for their Paradise City hotel and resort branches.

A representative from HYBE recently dismissed the speculations made on their celebrity and confirms the rumours to be false. The agency immediately released a statement that read: “V and the family of chairman Choi Yoon Jung are only acquaintances, the dating rumours are not true.”

The 25-year-old singer was publicly spotted at an exhibition together with their daughter after making his appearance at the VVIP preview event for the Korea International Art Fair (KIAF) 2021 opening.

V was also accompanied by Jeon Philip and his wife, Choi Yoon-jung.

It was reported that the signature bracelet that V wears was designed by the president’s daughter which further confirms and solidifies the speculation.

The vocalist of BTS then broke his silence and expressed his annoyance over the rumour.

V indirectly addressed his dating rumours on his Weverse account with a simple caption: “How pathetic. I want to sing ‘UGH!’.”

UGH! is one of the tracks on BTS’ Map of the Soul: 7 album performed by their members, RM, J-Hope and Suga. The song depicts their frustration towards people who hide behind their screens and use their own anger against others.

In this track, BTS criticises and calls out netizens and rumour-mongers.

Members of the South Korean superstar group have long fallen victim to dating rumours. Suga was once linked to a South Korean singer, Suran in 2018.

In another event in 2019, Jungkook was also rumoured to be dating a tattoo artist. HYBE and the tattoo artist immediately issued a statement to clear the rumours. Perodua not increasing prices of cars Perodua not increasing prices of cars

1.Activist on drive to ensure Mah Meri have sustainable livelihood

3.Perodua not increasing prices of cars