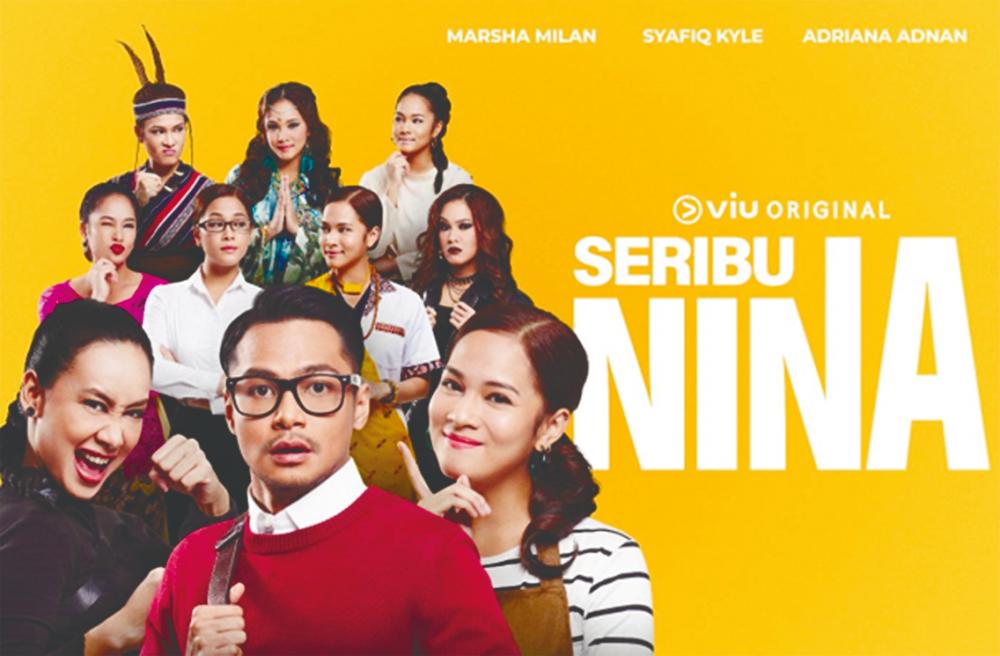 The latest original series on the Viu App comprises 10 hour-long episodes, and tells the story of a couple with polar opposite personalities.

Viu launched the series at Dadi Cinema, Pavillion Kuala Lumpur on May 17, and held an exclusive preview of the first episode for members of the media.

In the first episode, the main character Amar (Shafiq Kyle) is a young history lecturer, who is a strict perfectionist. On the other hand, his girlfriend Nina (Adriana Adam) is a cafe barista who is a free spirit.

Amar originally planned to propose to Nina (on their anniversary date but ditched the idea after Nina turned up late, as it ruined his perfect proposal.

However, everything changes once Nina is captured and taken back to another dimension – where she actually originated from.

Amar decides to embarks on a journey across the different dimensions in order to search for and rescue Nina. Along the way, he encounters various different versions of Nina, which explains the series’ title Seribu Nina.

The first episode is full of adventure, comedy, and fun, but the story mainly focuses on the relationship between Amar and Nina.

At the same time, we are also introduced to Didi (played by Marsha Milan) a rookie bounty hunter who is prone to making mistakes.

After the screening of the first episode, a press conference was held involving the three leads, along with the director and producer.

Adriana, a former TV host, model and actress, explained how she got to play eight characters in parallel dimensions.

She explained that she portrayed each character with different body language, speech patterns or walking style. She also had different makeup and outfits for each character.

However, she revealed that it was fun to explore the characters, and performing each role was an opportunity she did not want to miss!

“It was challenging due to long hours of shooting and sometimes, I play three different characters in the same [scene] and I got confused,” admitted Adriana. “My favourite character is Pendekar Nina, and the character appears in the third episode.”

Speaking about her co-star, singer and actress Marsha, Adriana praised her professionalism and said she was very energetic and good to be around.

For Marsha, it was a fun project. She said (acting) classes helped her in action scenes, especially with the poses.

He said: “I played four characters (in different dimensions) and my favourite character is the role of a gangster, which was the complete opposite to Amar.”

The series was directed by Umi Salwana Omar, who was nominated for Best New Director at the Malaysian Film Festival 2019.

“It’s a love story set up in different dimensions with different story lines and so, in each episode, you will enter a different world with the same faces,” she said.

Viu provides TV series, movies and lifestyle programmes in local and regional languages and subtitles and the Viu service is available through a dual model with an ad-supported free tier and a premium subscription tier with different subscription options.