Jason Momoa had a great time working on ‘Slumberland’ 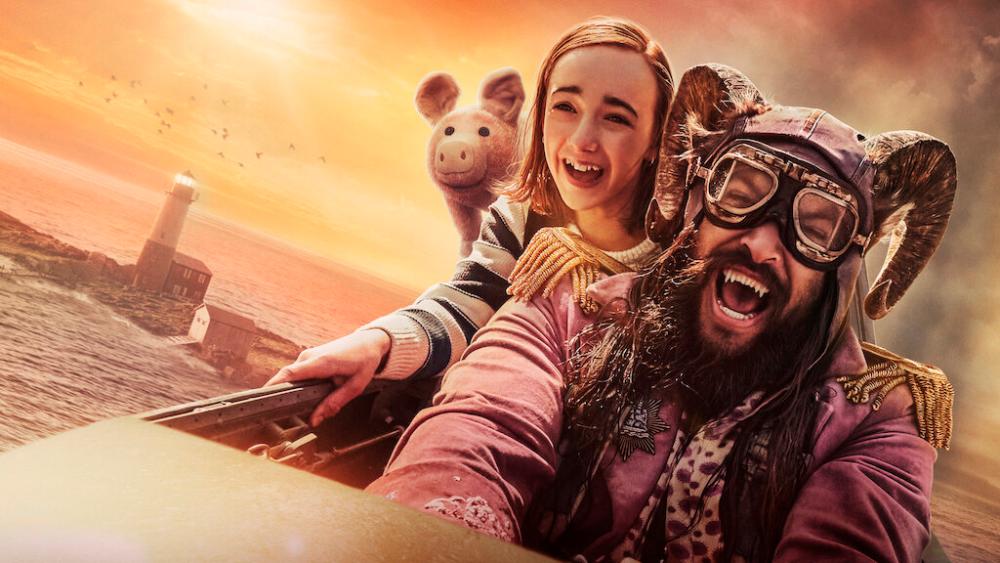 Jason Mamoa shows a different side of himself in ‘Slumberland’. – NETFLIX

ACTOR Jason Momoa is well known for his roles in franchises like Game of Thrones and DCEU’s Aquaman, which have an older target audience. Momoa has, however, obviously been working hard to increase his fanbase and appear in more mainstream movies, including his recent foray on Netflix, Slumberland.

Slumberland follows a teenage girl named Nemo (played by Marlow Barkley) who is abruptly transferred to live with her uncle after losing her father. While Nemo strives to fit in during the day, she spends her nights with an unexpected partner, Flip (played by Momoa), exploring strange new worlds.

Nemo is trying to find a way to get back to her father, and together she and Flip journey through dreams and escape horrors utilising a hidden map of Slumberland.

Momoa mentioned that he was committed to the film since his children are around the same age as his 14-year-old co-star. According to Momoa, working with Barkley was a fun experience because of his fatherly qualities.

He said: “It’s all because of [director] Francis [Lawrence]. He just knows me. He gets to see me with my kids. He sees how I am on set. He just pitched me the story and it made me cry.”

He added: “My babies are the same age as her, so it was nice my first time working with a kid actor. She was wonderful. She’s so talented. She’s intelligent but at the same time, wasn’t trying to be older. You got to be young.”

Additionally, he remarked he was only trying to be younger than her and catch up to her in that forever-boy stage of life. “So, I guess there’s a lot of that in there in the movie.”

The two enjoyed themselves much while filming practically every day, and Barkley claimed that Momoa was almost exactly who she had envisioned him to be since he never failed to make her laugh and knows how to have a good time.

Slumberland is currently showing on Netflix. 2.EU to adapt state aid rules in response to US subsidy package

3.Ringgit opens higher against vs US dollar on improving risk appetite

4.Call for more focus on disabled