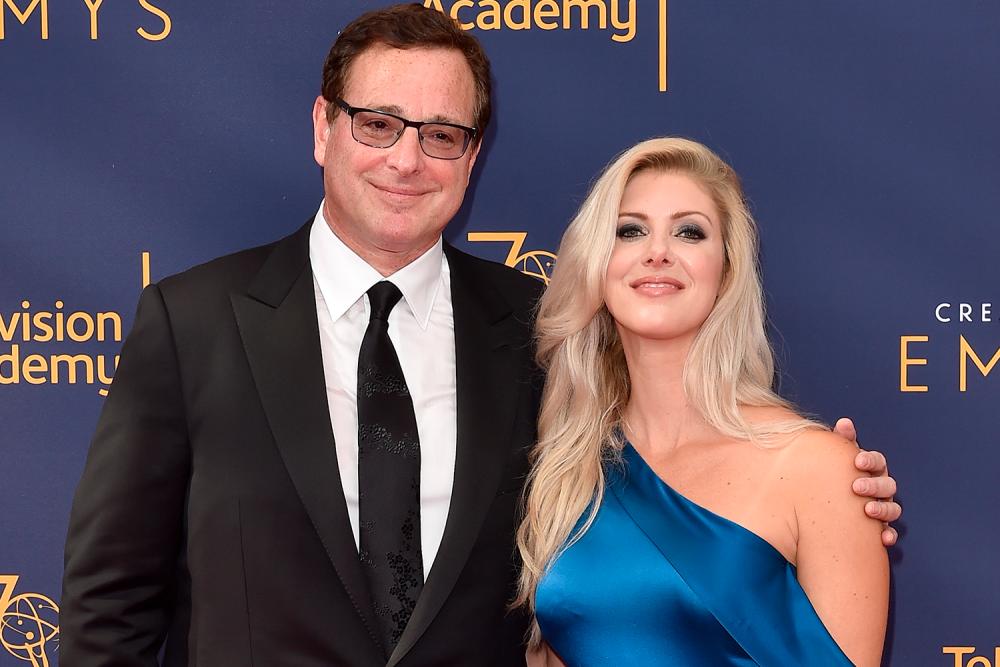 KELLY RIZZO is still mourning the death of her husband, Bob Saget, who died abruptly in January at the age of 65.

Rizzo joined Amanda Kloots on her daytime talk show The Talk to discuss her feelings. Kloots also lost her husband, Nick Cordero, to Covid-19 complications in 2020.

During a panel discussion, each woman confessed their connection to their respective husband despite their passing.

She told Rizzo that all of the individuals she’s lost in her life are “still there” in her soul.

“You’ll notice I still don’t say the D-word [death] – I say ‘the day everything happened.’”

Rizzo recently left the home she and Saget shared, as part of her grief process. She did, however, bring many memories of her husband with her. She also stated that memories and images of the stand-up comic are “everywhere” in her new house.

“His girls came to stay with me for you know, the first time since I moved into the new house just this last week, and they walked in and I was like, ‘So it’s kind of like a museum to your dad, so don’t freak out but yes, he’s everywhere,'” she added. “And then they’ll catch me like talking to a picture every once in a while, and they’re like ‘Stepmommy Kelly, are you okay?'”

Rizzo claimed that her friendship with Saget's girls has been an important part of her own personal grief healing.

“I know Bob would want me to be there for his girls,” Rizzo said. “I’m not as focused on my own grief when I’m trying to help them or support them or be there for them. When I’m doing little things to try to make them happy, it kind of takes me out of my head. And I’m also at the same time being like, ‘Oh, this would make Bob so happy, just knowing that I’m trying to make them happy.'”

Saget was discovered unconscious in a hotel room in Florida on Jan 9. The Full House star was later revealed to have died in his sleep in his hotel room after suffering a head trauma.