Kid from ‘Jaws’ grows up to be police chief 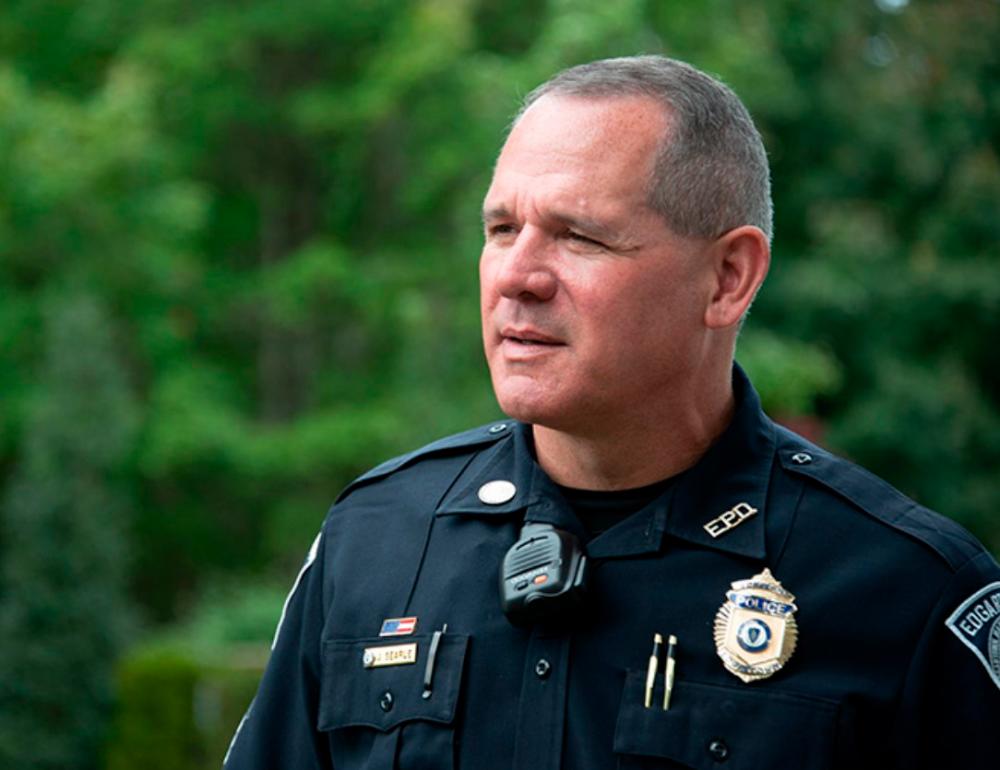 A scene-stealing kid from the 1975 film Jaws is now the police chief on the island where the film was made.

Jonathan Searle was selected this week as the police chief of Oak Bluffs, Massachusetts, a small town on the island of Martha’s Vineyard. It was on that island, which stood in for the fictional town of Amity, that the classic monster shark film was made.

Many locals were cast as extras in the film, and some were given speaking roles. Searle, then nine years old, and his older brother Steven made their memorable appearance as two young pranksters who donned snorkels and pretended to be the shark wreaking havoc on the island.

Their joke ended when they came up for air and had multiple boatloads of police officers with guns pointed at their faces.

The prank proved to be a turning point for the film’s police chief, who was played by Roy Scheider, who had been warning locals and visitors about the danger posed by the killer shark that was terrorising the island.

As an adult, Searle joined the police force and – in an ironic twist – he made headlines in 2008 for arresting a man who started a shark hoax on the island to scare beachgoers.

Fans of the classic film have taken to social media to congratulate Searle on his promotion, and wishing him luck “preventing more shark hoaxes”.