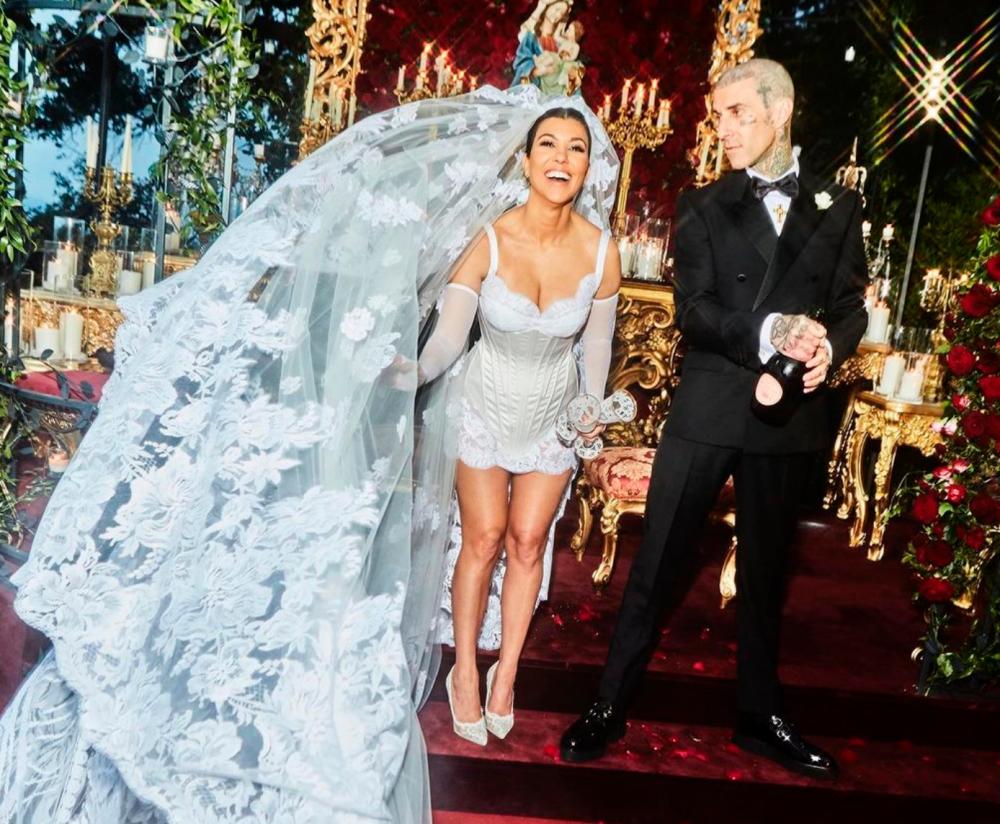 Kourtney Kardashian and Travis Barker after their nuptials. – Instagram

REALITY star Kourtney Kardashian and drummer Travis Barker have tied the knot in an intimate ceremony in Portofino, Italy. The pair exchanged their vows in the lavish 16th-century castle Castello Brown in the seaside town.

“‘Til death do us part,” wrote the bride and groom on their respective Instagrams, confirming the exciting news. While no official footage of the ceremony has been released, several photos of the couple’s wedding were posted online.

Kardashian was seen wearing a customised Dolce & Gabbana minidress with a long and dramatic veil. Barker on the other hand was wearing a sleek black suit. Surrounding them was a bunch of red roses and their proud six children.

But the buzz surrounding their wedding ceremony is also due to the performers the pair have hired. Legendary opera musician Andrea Bocelli and his son Matteo reportedly were invited to perform three tunes – the 1959 classic I Found My Love in Portofino, Elvis Presley’s Can’t Help Falling in love, and their 2018 duet Fall on Me.

According to a close source, their staging was “an incredible moment and a very special performance.”

However, as many fans know, this is not the first time the couple tied the knot. Just last week, the two said “I do” in Santa Barbara. The two reportedly were in a sweet black lowrider convertible that had a sign strapped to the grill that read “Just marrried.”

Before that, Kardashian supposedly married Barker at a wedding chapel in Vegas after attending the Grammys. Their union was officiated and approved by an Elvis Presley impersonator.