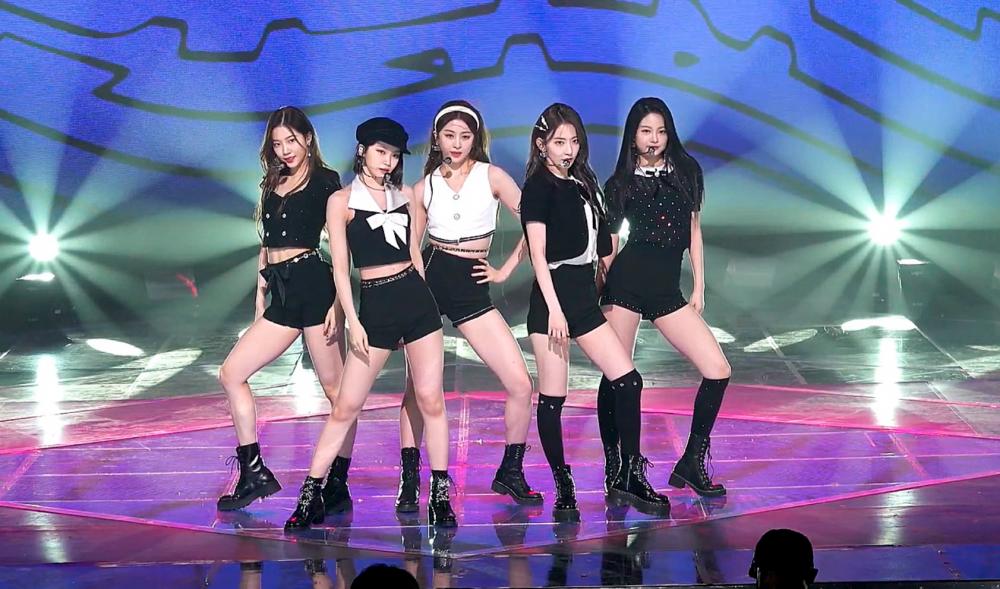 A screenshot of LE SSERAFIM’s performance as a quintet on ‘Inkigayo’.

NETIZENS were very impressed with how things went down at LE SSERAFIM’s recent live performance on SBS Inkigayo. The K-pop group performed as a five-member ensemble for the first time since member Kim Garam went on hiatus.

This meant that the remaining members had to make quick adjustments, including switching the dance formation and redistributing the songlines. Despite the last-minute changes, the girls were able to gracefully pulled it off.

In fact, fans have been praising the members for soldiering through in, spite of the unforeseen circumstances.

“So proud of the girls doing so well despite the change in choreo parts and lines and the fact they had to practice this for only few days,” wrote one user.

Others chimed in by complimenting the new formation, pointing out how all members could be seen, unlike previously when the youngest member is often overshadowed.

“They look like a completely new group, there’s a whole new vibe to the stage, the choreography is more balanced, they look happier and more confident, it almost feels like there is a new member because the maknae is no longer hidden behind other members,” said another user.

Aside from the formation, fans also noticed that Kim’s absence was a blessing in disguise. Due to having to redistribute the song parts, members like Eunchae and Yunjin got more opportunities to shine on stage.