Comicdom’s favourite odd couple, Eddie and Venom, are back to let loose some carnage 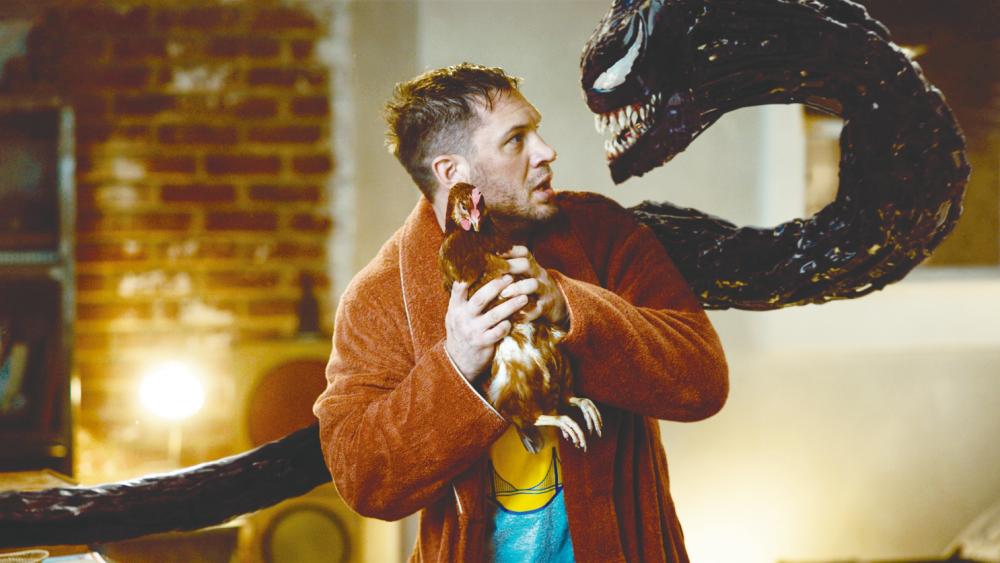 Hardy stars as both Eddie Brock and Venom.

IN the first Venom movie, Eddie Brock (Tom Hardy) got bonded to an alien entity, which was one of many symbiotes that have invaded Earth. However, the alien took a liking to Earth and decided to protect it. After some mishaps, Brock mananged to coexist with the shape-shifting extraterrestrial.

In the second movie, the deranged serial killer, Cletus Kasady (Woody Harrelson) also becomes host to an alien symbiote called Carnage, so Brock and the Lethal Protector a.k.a. Venom must put aside their differences to stop his reign of terror.

The plot was pretty straightforward and to be honest, a little forgettable.

However, the CGI and visual is much better in the sequel. Unlike in the first movie, here the CGI didn’t take me out of the experience and allowed me to just enjoy the movie as it is.

It was still an action-packed movie with fight scenes and a little bit of gore, which fit the title. The visuals and designs were decent, down to Kasady’s postcard design. Personally, I think that Harrelson really shone as the antagonist, making some of the plot holes easier to ignore.

This film is much shorter compared to its predecessor, but that means that the supporting characters weren’t able to shine as much.

Although we had a glimpse of Patrick Mulligan’s (Stephen Graham) past, I suppose they were saving all the best bits for the next movie, making this one feel like a long teaser.

Despite all of that, perhaps this movie is worth watching if you’re patient enough to wait until the end. Just like Venom’s relationship with Brock, the movie is a give-and-take relationship because you just might find something tingling your excitement for the near future in the post-credit scenes.

Venom: Let There Be Carnage is in theatres now.